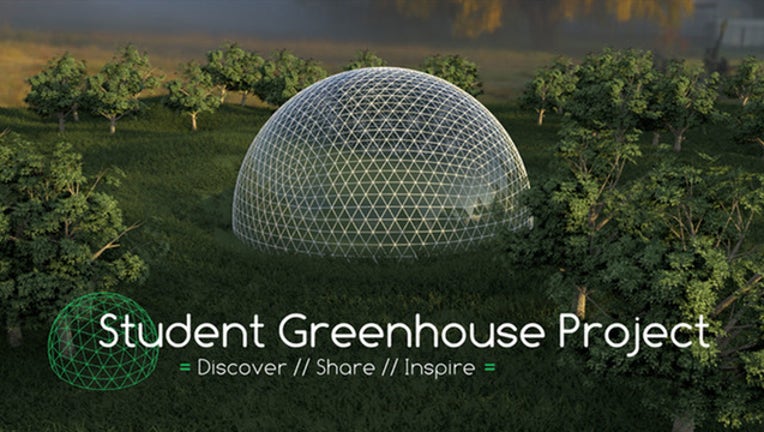 (FOX 2) - More than twenty years ago, environmentalists at Michigan State University were gifted a "golden promise."

After several efforts to save the condemmed university butterfly house, they were told it would be torn down.

Phi Lamoureux recalls the Dean of Agriculture telling the student body the MSU butterfly house can't be saved. "But he did give us this promise: 'we can build something.'"

That was Oct. 7, 1997. Years later, the slow grinding gears of institutional bureaucracy have finally laid way for a much more ambitous project. That 'something' will be the MSU Biodome.

While most of the leg work of registering a nonprofit, fundraising through alternative means and establishing what the asethetic of the structure would look like went on in early 2000's, there's now material evidence that the wheels of the biodome are finally moving.

A kickstarter campaign has finally gone live, with the hope of raising enough money to design concrete plans for what the Biodome would look like.

"A $35,000 benchmark number would fund engineering analysis for how it would look," said Lamoureux, the Director of the project. "Basically, it's the openning hours of the approval to plan phase."

The planning phase is expected to loosely follow their design that was submitted for an energy innovation award in 2015. The plan featured a community-oriented and inclusive segment of campus that used window-pane solar panels, a water-catching system, thermal regulation and evaporative cooling.

"All of that ambience and nature draw and community growth helped push us to place 3rd place," Lamoureux said. "We got $1,500. But not only that...Satish Udpa was interested."

If that name rings a bell, it's because Udpah is now the interim president of the university. Lamoureux said once they're cash ready they'll head to the board of trustees to approve planning.

"We're putting ourselves in a good place politically," he said. "We're making it clear, this is ready to move. And the board won't just be making some resolution of support."

The construction of the biodome would diversify the campus's landscape. But beyond that notion, it would improve upon an increased emphasize to environmentalize students' experience at the school.

"This is an incubator for socializing and change," Lamoureux said. An attempt to wrest our culture from an over-urbanized and individual isolation."

Lamoureux said the best way for the environmental movement to gain more traction in society is to construct infrastructure. With projects like these, that hope it will become reality.

The project's timeline is outlined on the Kickstarter campaign website. The goal of $15,000 would be added on to already aquired funds. By June, an engineering and architectural review would begin. Following that step would be two more major fundraising rounds, with a final construction site gettign approval in early 2021.