DETROIT - The state of Michigan filed a lawsuit Tuesday against the owner of two dams, seeking fines for the destruction of natural resources as well as “gross mismanagement” that preceded a devastating flood in Midland County.

Blame for the May 19 flood, which destroyed at least 150 homes and forced thousands of people to flee, falls squarely on Boyce Hydro Power, Attorney General Dana Nessel said.

“If Boyce would only have abided by state and federal environmental laws, thousands of residents in Midland County and surrounding areas wouldn’t have had their homes, businesses, and personal belonging damaged or destroyed,” Nessel said.

The Edenville dam failed during a steady rain, draining Wixom Lake and unleashing the Tittabawassee River, which then overwhelmed the Sanford dam, about 140 miles (225 kilometers) north of Detroit.

The Edenville dam was under federal authority as a producer of electricity, but the Federal Energy Regulatory Commission yanked the license in 2018 and passed oversight to the state. FERC said it repeatedly raised concerns about the dam’s ability to prevent flooding during extreme conditions because of an inadequate spillway capacity. 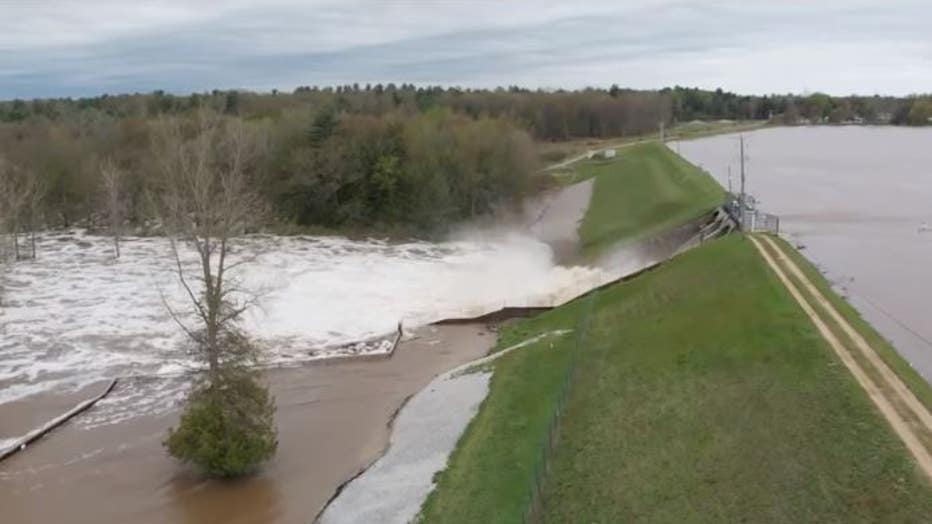 A local group was attempting to acquire the dam and make repairs before disaster struck.

The lawsuit describes the long relationship between the dam and FERC and how the state inherited regulatory control. It seeks a court order requiring Boyce Hydro to repair damage to natural resources, clean up any hazardous sediments, restore wetlands and pay the state for killing fish.

“Malfeasance and mismanagement has decimated the ecosystems of Wixom Lake and Sanford Lake, created mud pits where lakes used to be and caused the deposit of large amount of unauthorized material on bottomlands,” the lawsuit states.

In response, Boyce Hydro attorney Lawrence Kogan said the state is trying to deflect attention from its own inspection in fall 2018 when it found the dam to be in fair condition. He said Boyce Hydro is willing to explore what happened with state and federal officials.

In the lawsuit, the state said it has been talking to Boyce Hydro about fixing 60-foot-wide cracks on a portion of the dam that holds back the Tobacco River but claims there has been no compliance.

Nessel said the state isn’t trying to get ahead of residents who have filed lawsuits over damage.

Beginning Tuesday, alarms began flashing for residents of mid-Michigan when news broke that a dam holding back Walled Lake had ruptured and flooding in downtown Midland was going to happen. The devastation left by the scene isn't yet clear, but the stress and frustration of natural disaster is already mounting.

There was $175 million in damage to homes, businesses and nonprofits and $34 million to public property, said Mark Bone, chairman of the Midland County Board of Commissioners.

Most houses damaged by the flood were not in a flood zone, so only about 8% had flood insurance, he said.

Separately, Liesl Clark, head of the Department of Environment, Great Lakes and Energy, said the state’s investigation of the failed dams will involve people from outside state government.

“There needs to be an outside look at everything at happened. So we’ll be ready to talk about that more shortly,” Clark said.