LANSING, Mich. - Michigan’s redistricting commission will ask the state Supreme Court to delay the deadline to finish new congressional and legislative maps by nearly two months and give candidates 25 extra days to file to run. 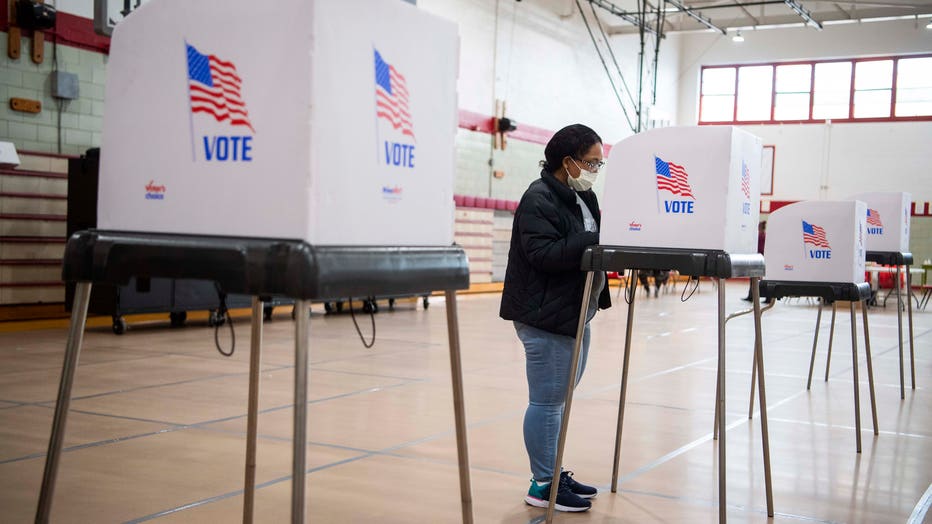 A voter fills out a ballot at Edmondson High School in Baltimore, Md., on April 28, 2020. (Photo By Tom Williams/CQ-Roll Call, Inc via Getty Images)

The pending request is due to an eight-month delay in data from the U.S. Census bureau.

The 13-member panel, which had previously authorized legal action, on Thursday specified which dates to propose to the court.

It wants a Jan. 25 deadline to adopt the lines, following a 45-day public comment period. The current deadline is Nov. 1 under a 2018 anti-gerrymandering constitutional amendment that created the commission, which will draw maps instead of the Legislature.

The pending lawsuit will be filed in tandem with Secretary of State Jocelyn Benson, Michigan's top elections officer. The complaint also will propose a new candidate filing deadline — May 14 — instead of April 19. The primary and general elections would continue as scheduled in August and November.

Michigan is likely to lose a U.S. House seat due to population changes.