Voters decided in 2018 to take the responsibility of drawing congressional lines away from politicians. But the first proposals aren't getting a lot of love, especially from people in Detroit.

DETROIT (FOX 2) - As the bipartisan commission that's in charge of redrawing Michigan's political map puts together a proposal, many in Detroit say the commission's plans have left the Black community feeling they're being left out.

Michigan's redistricting panel has voted to advance multiple draft congressional and legislative maps to public hearings and gave commissioners more time to submit their own plans.

The proposals that received support Monday were collaboratively drawn by the commission of four Democrats, four Republicans and five members who affiliate with neither major party. They would be fairer to Democrats than gerrymandered lines created by the GOP-controlled Legislature after the 2010 census.

They also could provide more opportunities to elect minority candidates, though there is a concern in the Black community that "unpacking" Democratic voters may actually result in fewer Black lawmakers.

The initial drafts submitted to the Michigan House and Senate have left some leaders in the Black community unhappy with the results.

Detroit currently has two congressional districts that have a majority black population. Five of them are in the state Senate and 10 in the house. But under the new maps, they would take it down to zero.

The concern isn't just in the Motor City but also in the suburbs. Warren Mayor Jim Fouts said he agrees that the city of Detroit should have their own representation and it should be about common interests.

"I think the leaders of Detroit would like to have a Detroiter representing them in the Senate, the House, and in the U.S. House," Fouts said.

Detroit Deputy Mayor Conrad Mallett said that a white person from Warren can represent Detroit but that's not the issue.

The final maps are due December 30th but multiple public input and hearings will be held before then with the first one coming on October 20. 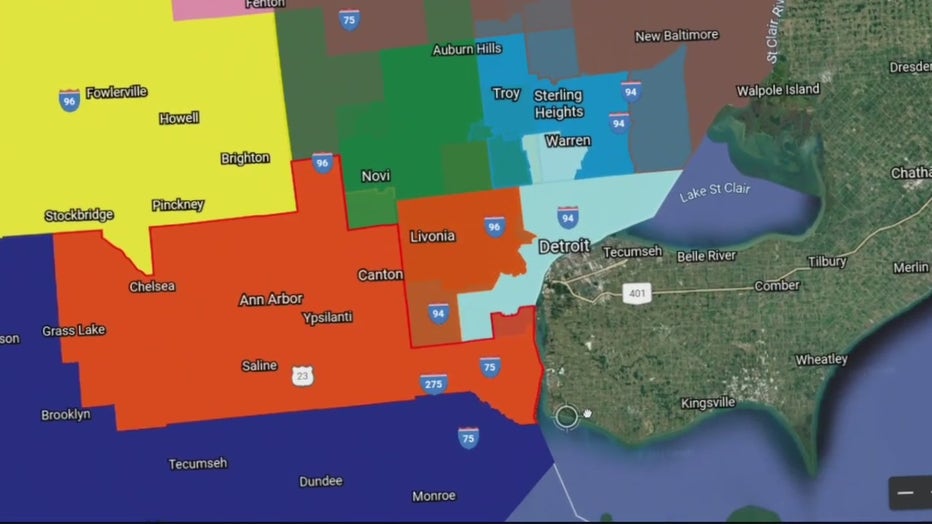