After failing to win any state on Super Tuesday, Bloomberg dropped out of the race and endorsed Democratic rival Joe Biden.

In what would become a short-lived and expensive bid for the White House, the former New York City mayor failed to blunt  Biden’s establishment appeal.

“I’ve always believed that defeating Donald Trump starts with uniting behind the candidate with the best shot to do it. After yesterday’s vote, it is clear that candidate is my friend and a great American, Joe Biden," Bloomberg said in a statement.

Investing hundreds of millions of his own fortune into his candidacy as well as racking up many high-profile endorsements, Bloomberg had hoped to prove he was the most sensible candidate to defeat President Trump.

RELATED: These are the 6 candidates running for president in 2020

Entering the race fairly late in the game, Bloomberg’s name appeared on a 2020 ballot for the first time on Super Tuesday.

Spending tens of millions of dollars in advertising in key battleground states and during the Super Bowl, even airing ads during commercial breaks for the South Carolina debate, the former Republican planned to prove to voters that rivals like Vermont Sen. Bernie Sanders, along with Biden, were simply understaffed, underfunded and under-prepared to face the standing president.

While voters may not have seen his name on early state ballots, Bloomberg was able to use his vast resources to build a national political organization from a standing start.

But his stockpiles of cash, swarm of employees and paid social media influencers were not enough to gain the delegates he so desperately needed to secure the confidence of Democratic Party leaders. 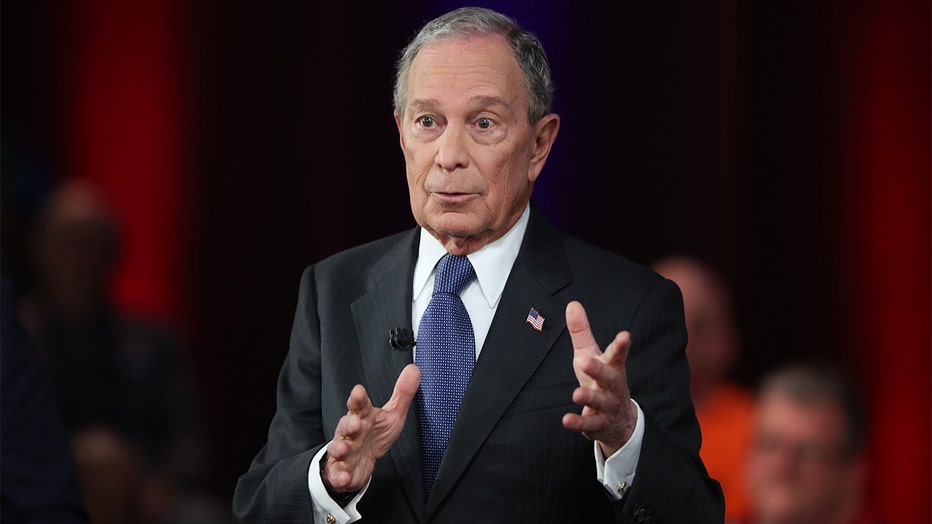 Bloomberg faced real difficulty in building key relationships with a diverse voter base when he sought to move past resurfaced years-old comments he made defending a controversial “stop-and-frisk” policing tactic he implemented as mayor of New York City, which was found to have disproportionately impacted minorities.

While Bloomberg sought to make issues of race central to his campaign, it seemed the legacy his “stop-and-frisk” policies left behind would overshadow his promises as future president.

Following a nationally televised beat-down during his highly anticipated debate debut in Nevada, where he struggled to answer fraught, yet predictable, questions about his record on race, gender and wealth, the ultra-billionaire hoped to reassure his voter base by throwing more money into his campaign.

At Nevada’s debate, Senator Elizabeth Warren pressed Bloomberg to say how many nondisclosure agreements his company had signed preventing women from talking about complaints of harassment. She leaned in further in the following days, saying that when women complain, Bloomberg can “throw a little money on it, put a little gag in the woman’s mouth.”