FOX 2 - A picture was taken of Nadine Moses after church recently, which was also the last time anyone last saw the missing 84-year-old.

A family in St. Clair County are desperate for information in the missing persons case of Nadine Moses.

FOX 2 was told Moses spoke to her daughter and two sons Monday, May 3, and disappeared in the early morning of May 4th - not to be heard from or seen since.

"It was a lonely Mother's Day this year, we could have really used her," said her son, Barry Moses

Her son said that the St. Clair County Sheriff's Department, Michigan State Police, along with hundreds of volunteers have searched from the thumb to the Ohio border by air and on the ground,

No one has spotted Moses or her vehicle, a dark blue 2011 Ford Edge with a Michigan handicapped license plate C8932.

"If they find the car at least they have a spot to start from, to do more air searches or send dogs out," Barry said.

Her other son Todd says their mother has suffered from memory issues as of late. She left her Casco Township home at 2:30 in the morning May 4th - just like it was any other day, but her cell phone battery eventually died - and is no longer traceable.

"From 5 a.m. until 9 a.m .when it was the last connection to a single tower in Marine City, showing she was staying in at least one general area maybe just parked or in one spot," Todd said. "But everything past then, we have no knowledge or idea." 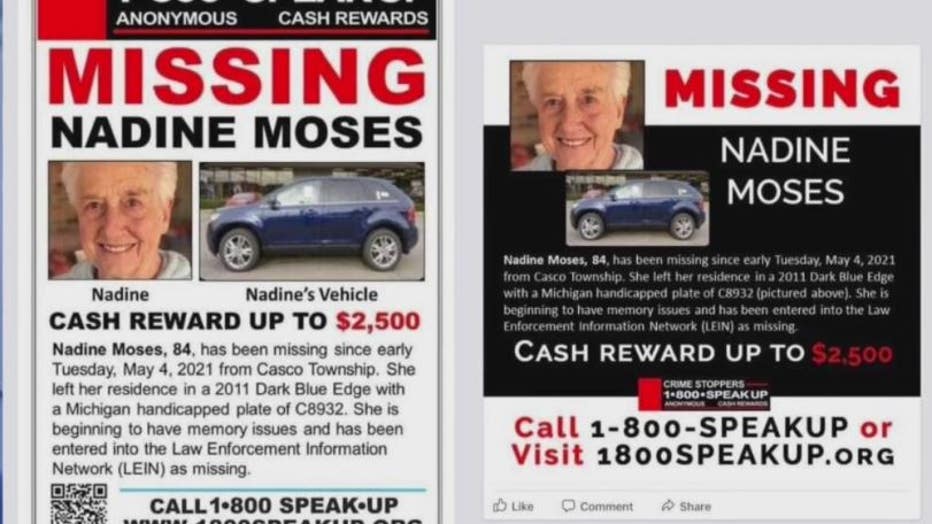 They say their mother has never disappeared before and are worried since it has been a week and no one has seen her. They've even searched areas she often visted - but still no sign of the beloved mother.

"If you see her - stop her," Barry said. "If any fisherman out there, muskie fishers and the people up and down the rivers, if you have sonar - I hate to say it, use it - when you are out there, keep your eyes open." 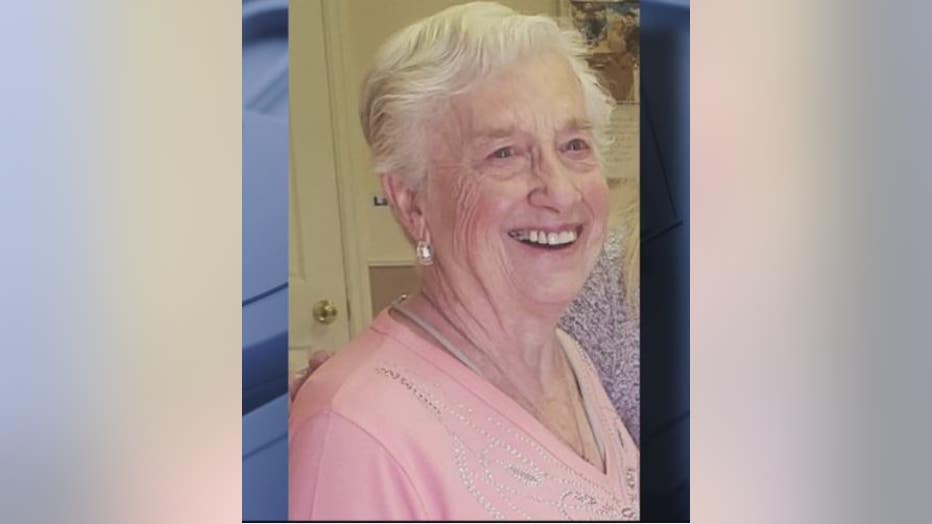