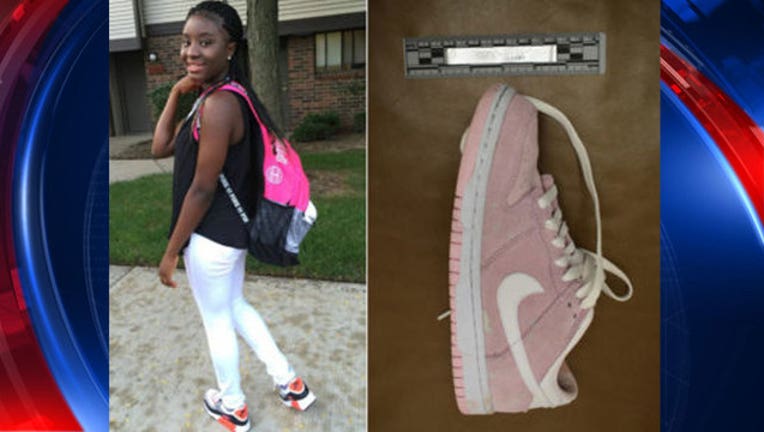 KALAMAZOO, Mich. (WJBK) - Police say a 16-year-old girl whose body was found over the weekend in a wooded area of southwestern Michigan was missing a shoe.

The body of Mujey Dumbuya was found Sunday in Kalamazoo, and one of her pink tennis shoes was missing. Her cause of death wasn't given, and police say they're investigating this as a homicide.

Police found her body after it was spotted by two people out for a walk.

Anyone who may have information is asked to call Kalamazoo Public Safety at 337-8994 or Silent Observer at 343-2100 or www.kalamazoosilentobserver.com.