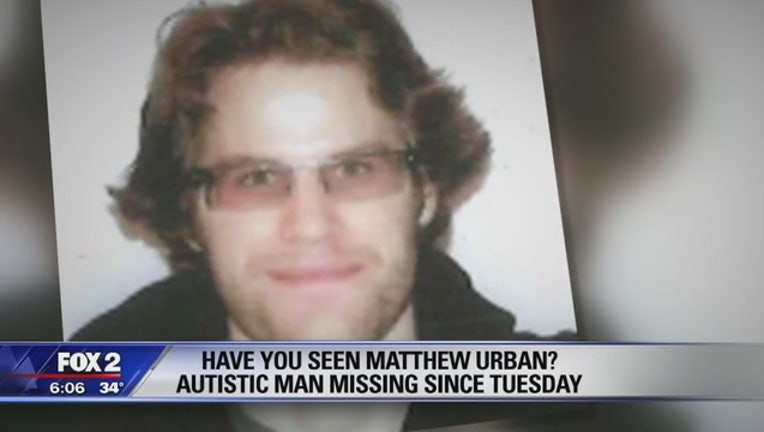 A 26-year-old man who was missing in Washtenaw County has been found deceased, according to the Sheriff's Office.

Authorities say two people were walking in the botanical gardens off of Dixboro Road in Ann Arbor Township Saturday, when they noticed what appeared to be a body partially submerged in a waterway.

The fire department responded and was able to confirm that the deceased subject found was 26-year-old Matthew Urban, who had previously been missing.

The investigation is ongoing, however the Sheriff's office does not believe there was any foul play involved.

Urban has been missing since Tuesday afternoon. He dropped a relative off at a business in the 2000 block of Washtenaw Avenue in Ypsilanti around 3 p.m. that day, but never went home. He hadn't gone to work, used his phone, social media or bank accounts since.

Urban was driving a silver 2012 Dodge Caravan, which was found in the parking lot of Washtenaw Community College's Health and Fitness Center Thursday with no sign of Urban.