ANN ARBOR, Mich. - If one needed another reason to keep Asian carp out of the Great Lakes, it’d be found in a new body of research looking at the likelihood they could survive in parts of Lake Huron.

In simulations that account for predators and prey of Asian carp, environmental conditions in Saginaw Bay, and different rates of first-year survival, scientists out of Great Lakes Environmental Research Center Laboratory (GLERL) determined it might take as few as 20 individuals to establish within the bay.

“Unsurprisingly, at high rates of survival for first-year Asian Carp, they were shown to rapidly establish themselves (in Saginaw Bay), rapidly increase in large abundances, and have negative effects on food sources,” said Doran Mason, a research ecologist with GLERL.

The newest study is the first to look at Asian carp's capability of surviving in Lake Huron. In the event bigheaded carp did find their way to Saginaw Bay, they threatened popular game fish like walleye and yellow perch, as well as other groups on the food web. 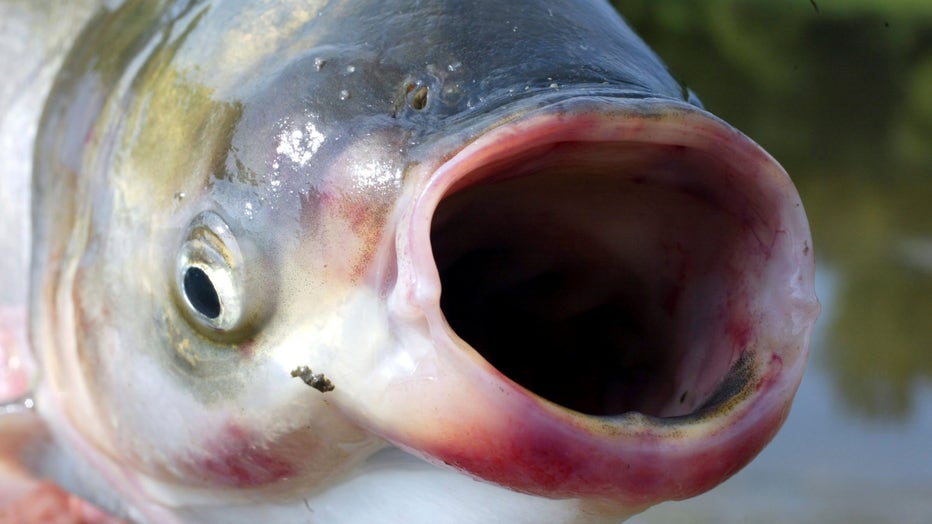 Creeping fears over what damage Asian Carp could do in the Great Lakes has grown in recent years, following research that looked at their potential for spreading in Lakes Michigan and Erie. In those studies, scientists factored in the abundance of food and possible habitats where the fish could breed.

“We took this further by focusing on a productive embayment in Lake Huron and really taking a fine-scale approach to modeling the life history of bighead and silver carp, their advancement, and what would they do to a well-monitored community of organisms,” said Ed Rutherford, a fishery biologist.

That meant accounting for both prey and predator of Asian carp, and the species it would be competing with for food.

Despite Lakes Michigan and Huron being very unproductive bodies of water where not a lot grows, the bays and rivers that connect to them reflect the opposite. Similar to Lake Erie, which is both the shallowest, warmest and most nutrient-filled in the Great Lakes, Saginaw Bay is home to a lot of biology.

Both Rutherford and Mason partly chose Saginaw Bay as a good place to simulate how Asian carp would act due to the strong body of research on the area. Simulating for all known variables would make it easier to account for what they didn’t know. And the big unknown is their survival rate after the first year.

“No one knows what the survival rate is because they haven’t been here before,” said Rutherford.

To account for uncertainty, researchers picked three scenarios of possible survival rates for the first-year carp: High, medium, and low.

In addition to a high survival rate, Asian carp were shown to have similar success with a medium rate of survival after the first year. At a low survival rate, it would take over 10,000 individuals to establish a population. And even then, their numbers would remain low.

RELATED: Asian carp could be a lot worse to the Great Lakes than previously thought, UofM study shows

There are several factors that could sway the survival rates of Asian carp. They have very few predators due to their size as adults. Some studies found largemouth bass would preferentially eat silver carp and young bighead carp over some native species, but that’s where the research ends.

Asian carp also need tributaries in order to breed. High water levels from the Great Lakes have created more habitats for them to spawn in. Those same high waters also make it easier for eggs that have been laid to stay suspended in water, instead of sinking beneath the sand.

“In contrast, we know that it’s been observed in Illinois during low-water years, the reproductive success of carp is low,” Mason said.

Warmer temperatures have also made it easier for Asian carp to thrive. Mason and Rutherford said the growth of bigheaded carp is positively related to temperature increases “up to a certain point.”

“Having a cold dry year is not conducive to first-year survival,” Mason said. “A warm wet year like this (2020) is conducive for survival.”

While temperatures were somewhat mild in Michigan in 2019, precipitation has been on the extreme side. More rain and snow fell on the state in 2019 than has ever fallen before in a single year - about nine inches above average.

Last August, a paper out of the University of Michigan concluded if Asian carp got into Lake Michigan, they would be capable of “significant detrimental impacts.”

While both silver and bighead carp feed on phytoplankton and zooplankton as their main source of food, they wouldn’t hesitate switching over to dead organisms and biomass if their primary food source dried up.

Scientists hadn’t considered how adaptive the invasive species could be concerning food preferences. It’s this “flexible diet” that would enable Asian carp to travel throughout Lake Michigan, despite the lake’s diminishing food web.

Asian carp have been spotted near the entrance of the Illinois River, which flows from Lake Michigan. To discourage their spread, electric and bubble barriers have been used to keep them from getting in.