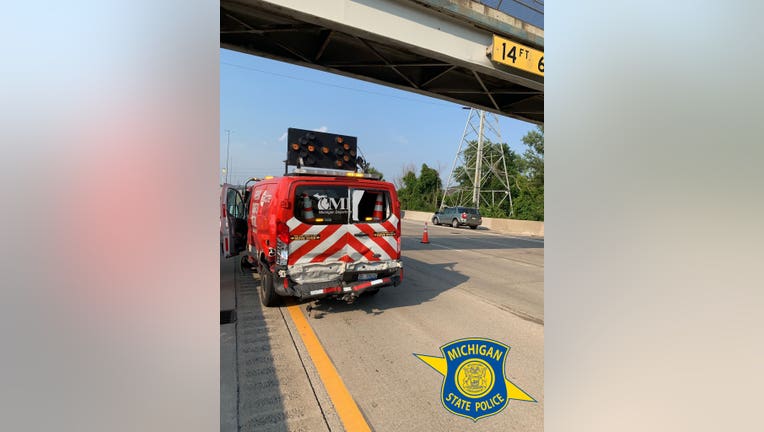 DETROIT (FOX 2) - Michigan State Police reminded drivers of the Move Over law after a Department of Transportation van was hit while the driver was moving a tire from the road.

The van was stopped on I-75 and Schaefer when it was struck Monday. Police said the driver of the van was not injured.

Law requires that drivers move over for all emergency vehicles, including courtesy vehicles like the one hit, when their lights are activated.

Drivers who do not obey the law risk two points on their license and a $400 fine. Prison time and steeper fines are added if someone is injured or killed because a driver failed to move over.