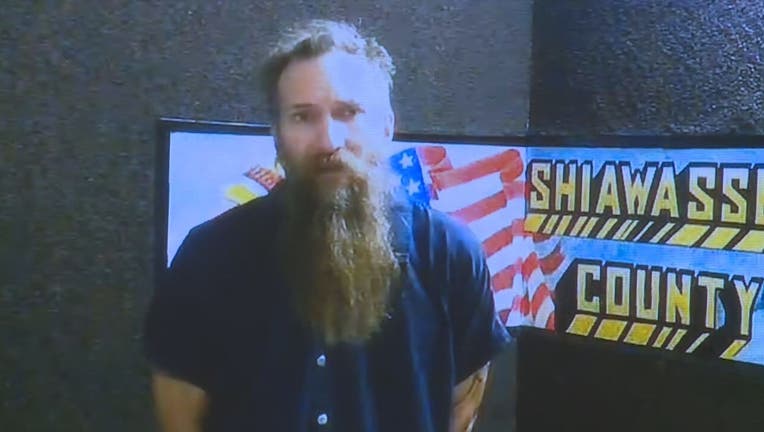 (FOX 2) - Mark Latunski, the suspect in a murder and cannibalism case in Shiawassee County, was officially declared unfit to stand trial Thursday.

The judge accepted the insanity plea now Latunski will be taken to lockdown mental health treatment facility in Ypsilanti. It is believed he can be made fit to stand trial within the 15 month time frame considered the statute.

Latunski is charged with murder and eating part of 25-year-old Kevin Bacon's body after they connected on the dating app Grindr. Last week, he was found unresponsive in his jail cell after authorities said he had been on a hunger strike since he was arrested.

In regards to the supposed hunger strike, Latunski's defense attorney clarified Thursday that was not exactly accurate.

The judge accepted the insanity plea now Latunski will be taken to&nbsp;lockdown mental health treatment facility in Ypsilanti. It is believed he can be made fit to stand trial within the 15 month time frame considered the statute.

We're told Latunski was taken in for medical care but is fine now physically and eating normally. His public defender says he's requested and received things in jail, especially "hard boiled eggs and a pickle."

Courts will receive reports on Latunski's condition from the mental health facility.

The 50-year-old suspect had been ordered to undergo a competency evaluation after wild claims that he was from a royal family out of Wales, the Thomas Clan. According to his attorney, Latunski was ordered to undergo mental health treatment from a judge four times in the past. One of the run-ins involved a custody issue with his four children.

"I have my doubts. He played this card in the past and he got off on certain charges in the past," said Kevin's father, Karl Bacon.

Editor's note: the following details are graphic and may be distressing to some