Every Friday morning outside city hall and both the police and fire stations, Oliver plays a little music - that goes a long way.

FARMINGTON HILLS, Mich. (FOX 2) - Every Friday before school on this day still under the light of the moon - at the foot of the flagpole - Oliver Strickfaden plays his alto saxophone.

First, he does it outside the Farmington Hills Fire Department, then city hall - and finally, the police department, where people gather around, and the officers salute while 12-year-old Oliver plays.

On this day even a helicopter flew over to mark the occasion - and to thank Oliver for being there - every Friday - before he goes to school.

It is a small act that's making a big impact. This morning he received a proclamation from the State of Michigan for all his hard work.

And, Oliver hopes, it's bringing people in his community together.

"I came out here to honor all the people that help run the city, everybody who works here," Oliver said. 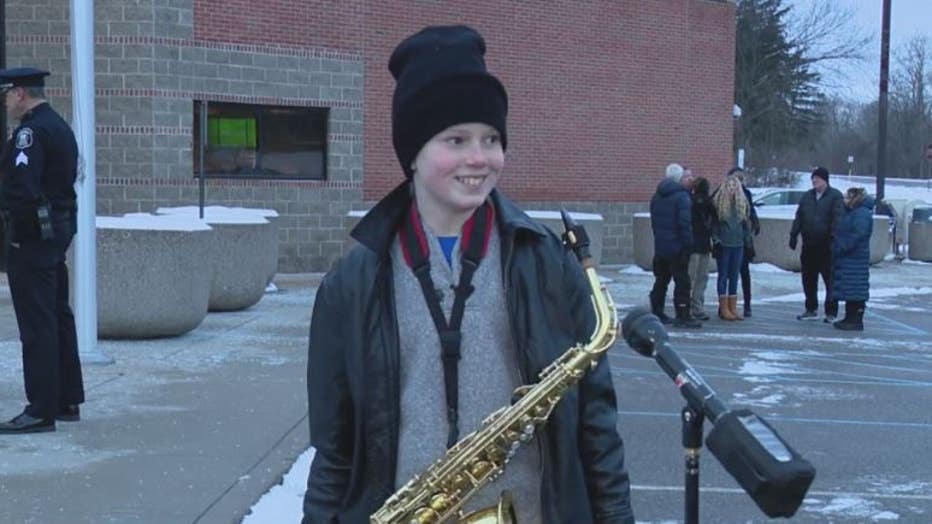 And he has been doing this since the beginning of October, through all kinds of weather - even on this day with windchills below zero.

"His poor fingers - I don't know how he actually managed to maintain on that saxophone," said his mom, Miranda Lapan.

Oliver's parents are so proud.

"It was kind of his idea to come out and give back to all the city workers, just with everything, and he's a pretty patriotic kid - he loves history," Peter said.

But it's more than a sense of history that brings him here - it's this 12-year-old's understanding of now. 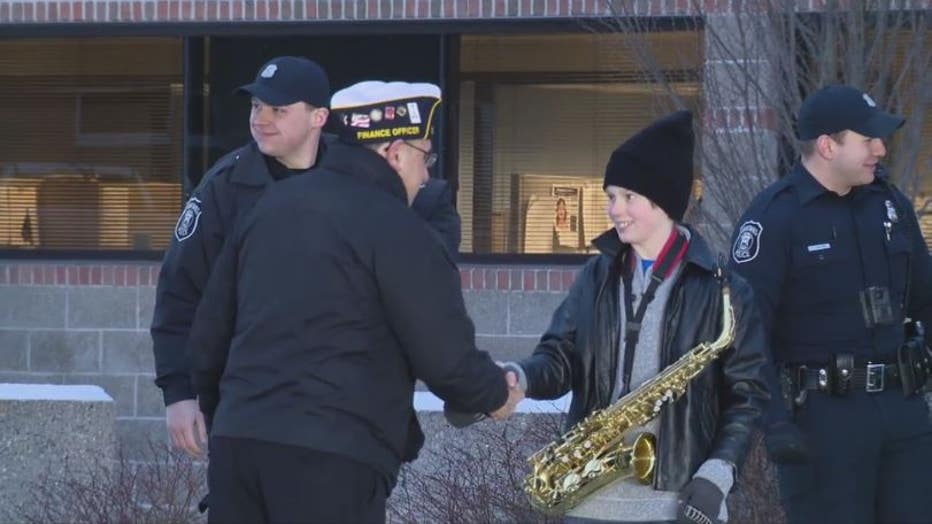 "I feel like it will help the community bond by just one thing, and I think that the city has not been able to do that, because of coronavirus," Oliver said.

"It's been a rough couple years for everybody and to have so many people come together - it's pretty heartwarming," Miranda said.

Every Friday -  "America the Beautiful," "Amazing Grace," "The Star-Spangled Banner," a little music - that goes a long way.

"I feel like it's just a good thing to do, and that's really why I keep coming out here week after week," who said.

The dedication has not gone unnoticed - the Oakland County Sheriff even took him on patrol in their helicopter - a ride he'll remember when he's back at the flagpole next Friday. 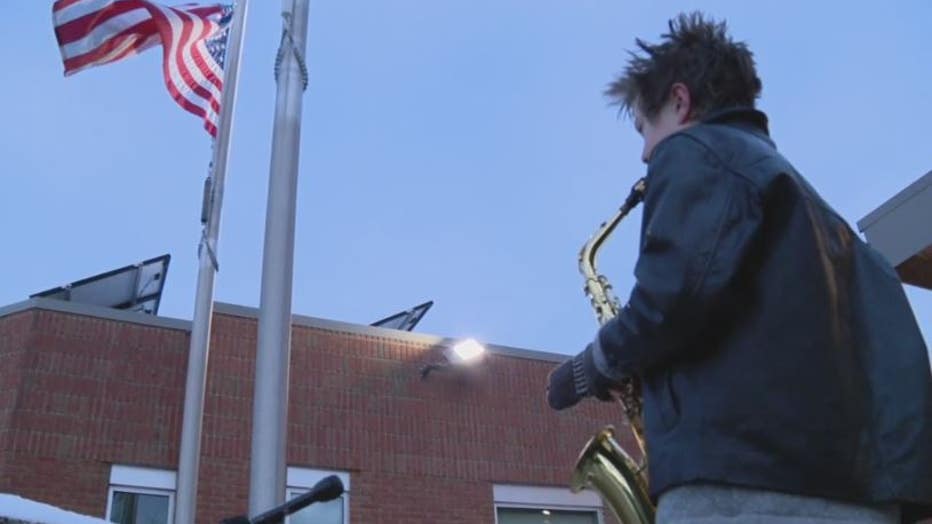