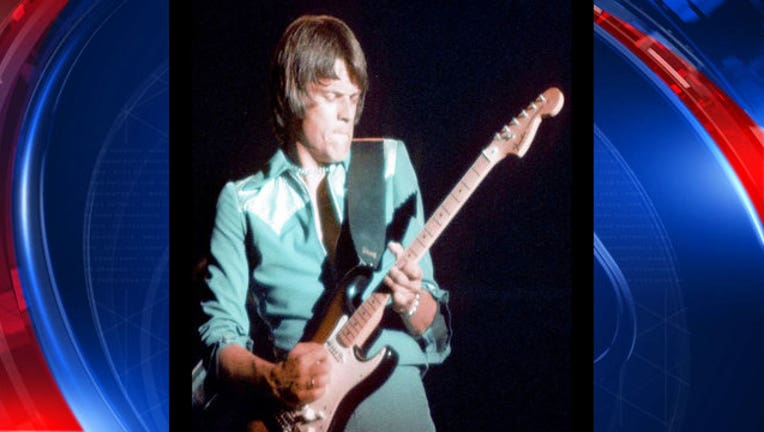 GROTON, Mass. (AP) - Musician John Warren Geils Jr., founder of The J. Geils Band, has died in his Massachusetts home. He was 71.

Groton police confirmed Geils' death Tuesday night. They say it does not appear to be suspicious.

The J. Geils Band was founded in 1967 in Worcester, Massachusetts, while Geils was studying at Worcester Polytechnic Institute.

The band's first big hit "Love Stinks," a rant against unrequited love, was the title song on their 1980 album.

Their song "Centerfold," from the album "Freeze Frame" was released in 1981 and eventually charted at No. 1 on the U.S. Billboard Hot 100 in February 1982. It stayed there for six weeks and was featured on MTV.