(FOX 2) - You've probably seen his face during our Double your Donations days. But for Gerry Brisson, his commitment to ending hunger extends beyond days his face shows up on TV segments.

The president and CEO of Gleaners Food Bank has spent more than a decade with the nonprofit, and his work is starting to get recognized: he was honored with the Eleanor Josaitis Unsung Hero Award at the Shining Light ceremony Thursday.

Gerry Brisson, the CEO and President of Gleaners Food Bank has been awarded the Eleanor Josaitis Unsung Hero Award at the Shining Light event on Thursday.

"The number of people that have been helped and especially the growth in our school programs and realizing we are walking with so many families now who didn't have this before, who now can really see that the community cares," said Brisson.

Brisson started at the food bank in 2006 before becoming president in 2014. Ask him what he's most proud of and he'll cite the growth. Under his guise, the food bank has increased the amount of food donated annually from 19 million pounds a year to 46 million pounds.

Before he was at Gleaners, before any work experience came, Brisson grew up in the Upper Peninsula. Then he spent years at the Capuchin Soup Kitchen, where he gained a taste for the business of greater good.

"One of the biggest privileges I feel like I've had is being surrounded by people who care about other people," Brisson said. "We can make it easier, we can give more people hope. We can enable people to do the best they can for themself while we're walking that journey with them. That's the point - that's the whole Gleaners thing."

That sentiment has trickled down into other business managers, who like what they see from Brisson. 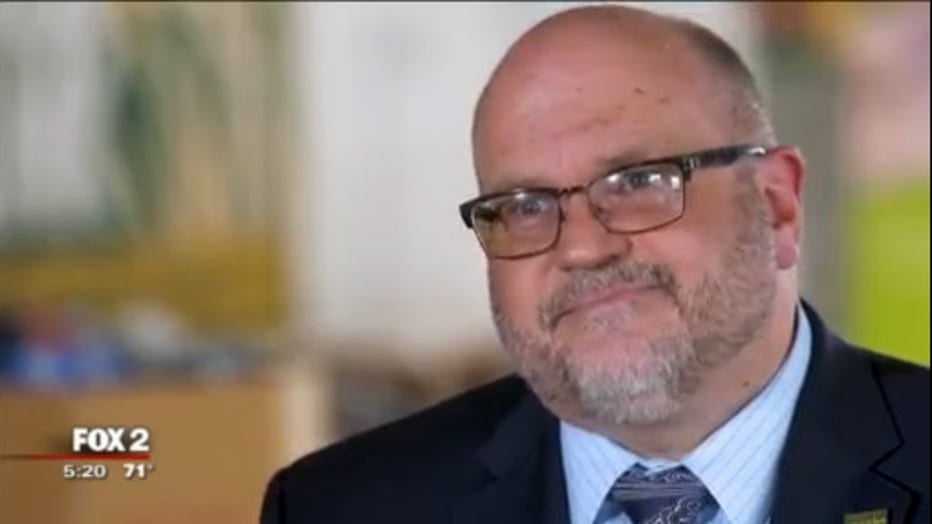 "He truly wants to solve hunger in southeast Michigan and if anyone can, it's him," said Rick Hampson, president of Citizens Bank Michigan.

"What you see is what you get," said Dan Weingartz, president of Weingartz. "That fun-loving, that self-deprecating person you see. That is who he really is. He's very serious about things he's passionate about, but he has a lot of fun with what he does."

While region-wide hunger persists, so does the CEO's commitment to ending it. It's not just a job, however - it's become a calling for him.

"At 53 years old, I think my life's purpose is this work. I think it's come to that and it's not come by accident. It's been a lot over a lot of years," Brisson said. "Education in many different forms, so that I can be in a place where there is some area that I can do something significant and I do feel like this is it."

Gleaners was also named Food Bank of the year this year.