A new flying car- AIR - can stay in the air for an hour, reach speeds of 155 miles an hour and has a range of over 100 miles - all while being completely electric.

FOX 2 - Detroit's North American International Auto Show isn't just spotlighting vehicles on the ground this year, but also those in the air.

A new flying car- AIR - can stay in the air for an hour, reach speeds of 155 miles an hour and has a range of over 100 miles - all while being completely electric.

In the simulator, auto show spectators can fly through the air virtually inside the vehicle. You can also switch from hover mode to forward flight, inside the body of the "air one full-scale prototype" is tilting forward.

You just point it in the direction you want to go and in the simulator the vehicle maintains the speed, direction, and altitude.

In July, AIR completed it’s first hover test of the "Air One," a vehicle that takes off and lands vertically. The vehicle has eight motors but it is not a plane or helicopter.

The company’s CEO Rani Plaut, describes it this way: "It doesn’t go on the ground, only in the sky. The essence of the device is much less complicated than a regular airplane. 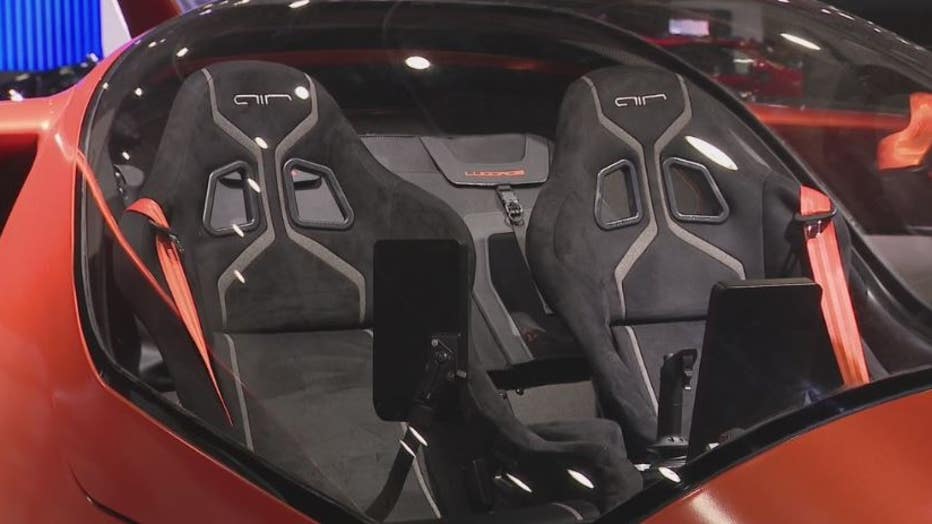 "The trick with our company is that we have a patent for a very simplified vehicle that allows us to have very lower levels of certification than other players in the market." 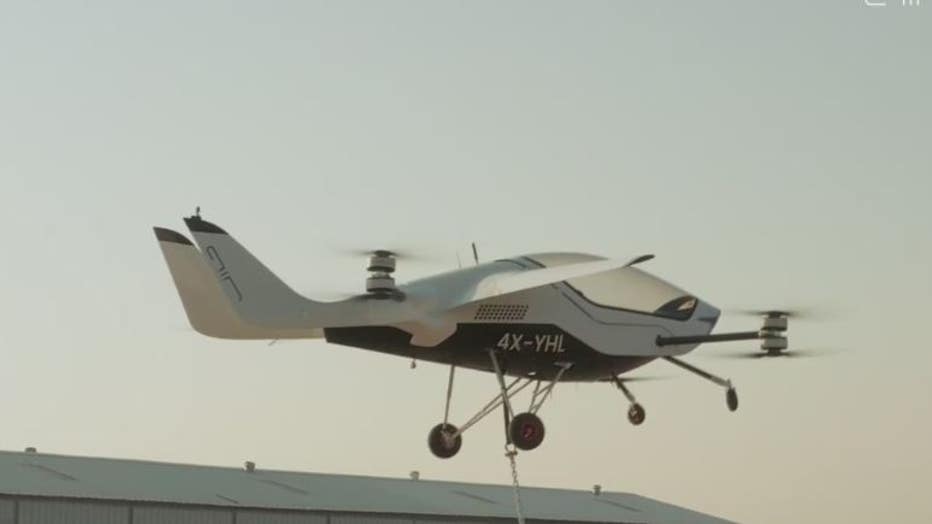 They have a flying prototype, but now have to build a production prototype that will be exactly the same product delivered to customers.

The flight testing stage is critical and buyers need a basic pilot’s license to operate it - and a landing pad or patch - at their destination.

"We don’t envision it going into urban or highly populated areas," he said. "People don’t like big things flying over their heads in low altitudes."

The cockpit is an open experience and is designed to be more like a car where you can see around you.

The company has had four years of design and testing with the prototype in Israel. They say they have been working with the FAA to get the flying vehicle to the United States. 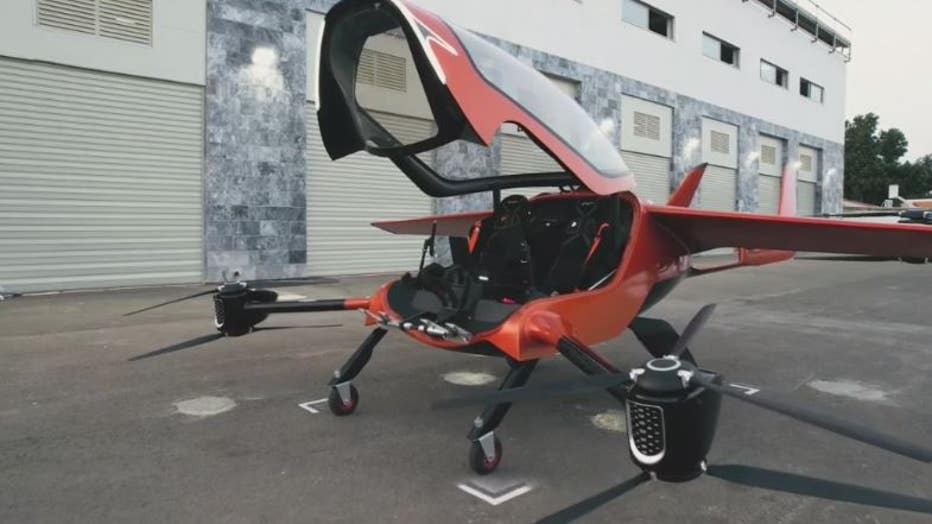