(WJBK) - In an exclusive interview with FOX 2's legal analyst Charlie Langton, the attorney for the former sports doctor Larry Nassar said "there is a huge part of me that doesn't believe all those girls were victimized by him."

Last week, the former Michigan State and USA Gymnastics sports medicine doctor was sentenced to 40-175 years in prison after pleading guilty to criminal sexual conduct and a 7-day hearing during which more than 150 survivors spoke. Nassar was previously sentenced to 60 years on child pornography charges and is back in court right now in Eaton County for sexual abuse charges while working at Twistars, a gymnastics club in Dimondale, Mich.

Speaking with Charlie Langton this morning, Nassar attorney Shannon Smith says that while there may be some young women who were victimized, she believes there were others who have come to believe they were victimized because of the way the case was "spun, in a way, out of control."

"There were girls who had perfectly normal lives, who never questioned the medical treatment done by Larry Nassar - and there is a legitimate medical treatment that involves touching sensitive areas and even penetration - that I think have now come to believe they were victimized and have almost become victimized by our process," she said.

Each day throughout Nassar's 7-day sentencing in Ingham County, the number of women coming forward wanting to speak grew.

"More and more people were coming forward thinking, 'I was fine my whole life, and now, all of a sudden I realize I was a survivor.' I think that's really sad. I have a very hard time believing my client could have even possibly assaulted that many people, day in and day out, in front of their parents and every single one of those things was a crime, but he was such a manipulator he got away with it," she said.

"Some of those girls, to be quite frank, it was very obvious they didn't even know what to think because they never felt victimized. He was never inappropriate to them and because of everything they've seen, they feel like they just must have been victimized and I think that's really unfortunate," she said.

The survivors who spoke said Nassar would use his ungloved hands to penetrate them, often without explanation, while they were on a table seeking help for various injuries. Many stated they were children at the time, and that a parent was in the room with them. They said Nassar  would use a sheet or his body to block the parent's view. Many also stated he told them to wear "baggy shorts" to all appointments. Smith says Nassar's medical treatments were legitimate.

"There are some techniques called 'myofascial release' and things that can be done to manipulate some of the ligaments, and by pushing pressure points that do alleviate pain, particularly for high level athletes like Larry was treating," she said.

Police department to apologize after dropping Nassar investigation in 2004

As for how Nassar is as a person, Smith says he comes off as a really great person.

"There's no doubt he did a lot of good for a lot of his patients," she said. "While people are criticizing the techniques he used, there is undeniably proof that those techniques would take a girl who came into his office, unable to walk, and fix her in a way that she was able to compete the next day. So I see good in Larry Nassar."

In such an emotional case, Smith says she's often asked how she could represent Nassar - she says her job is to make sure the process is fair.

"Everyone is entitled to defense under the constitution, the more people criticize me the more it makes me realize that I understand what's important; they may not realize it. And the more it highlights how important this job is. I have no problem representing someone like Larry Nassar. I feel like I get energized from the fact that other people don't understand and don't appreciate what our constitution is about," she said.

But some don't agree with that. Smith says she's received death threats through her website intake form, voicemails on work phones, and poorly spelled handwritten notes. While her four children are too young to understand, she says her husband is nervous.

"We keep our office doors locked; we don't let people just come in."

Asked about Judge Rosemarie Aquilina who made national headlines for her comments throughout the sentencing hearing:

"I found Judge Aquilina through the proceedings, and I'm talking months and months of litigation, to always be very fair and even handed," she said.

Smith says if Nassar decides to appeal, she and her co-counsel wouldn't be handling it. She says it's not appropriate for any lawyer to handle their own appeal, and that a new lawyer should come in with a fresh look to see if attorneys made any mistakes. But she does imagine he will appear. 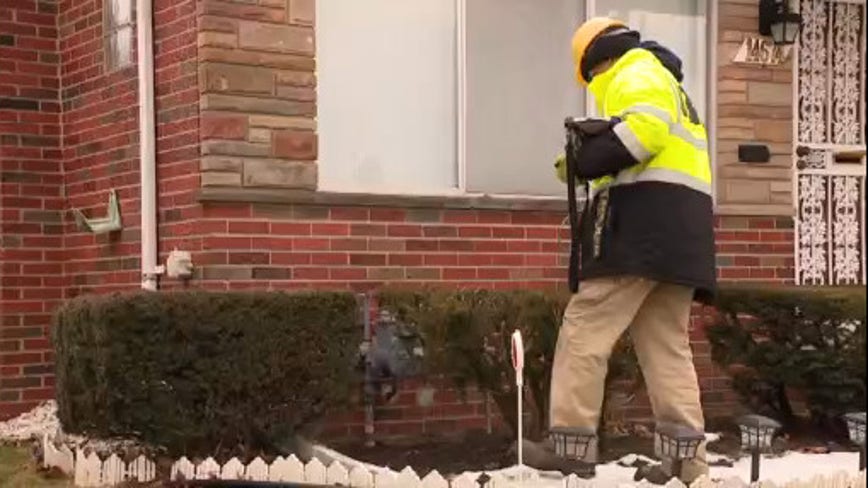