FOX 2 - We've heard it a lot during the pandemic, "the new normal" but now in the world of climate science it's statistically true.

Average highs and lows are calculated by looking at the last 30 years worth of data. The National Oceanic and Atmospheric Administration, updates it once a decade.

"This normal period provides a climate baseline for conditions, meteorologically, temperature precipitation things like that, normals we would expect for that time of year," said Trent Frey, NWS meteorologist.

Average highs and lows are calculated by looking at the last 30 years' worth of data.  national oceanic and atmospheric administration, NOAA, updates it once a decade.

"Every 10 years has been found to be a pretty good interval to update it and then the 30 years is a good period for a good average, it averages out some of the high years and some of the low years," said Frey. 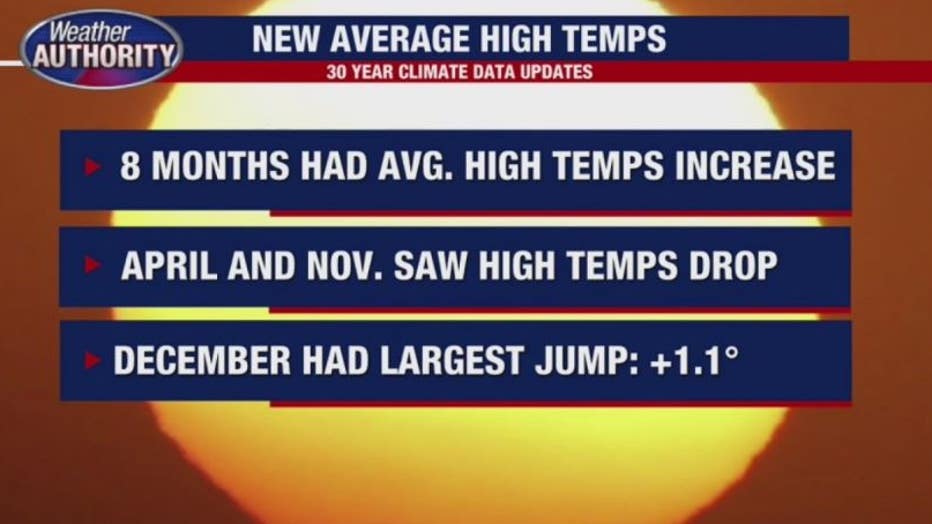 "Having all those really hot years in the 2010s is really helping to kind of bump our normals up to higher values," Frey said.

Specifically, in Metropolitan Detroit, our new average high temps are higher in 8 out of 12 months with December being over 1 degree warmer than the previous cycle.

And our new average snowfall is higher on a yearly basis, with significant bumps in January and February and a slight drop in December.

"Going forward we kinda expect a similar trend to continue we're probably gonna see more months that are normal," Frey said. "And for the next update, it wouldn't be surprising to see these numbers increase even more." 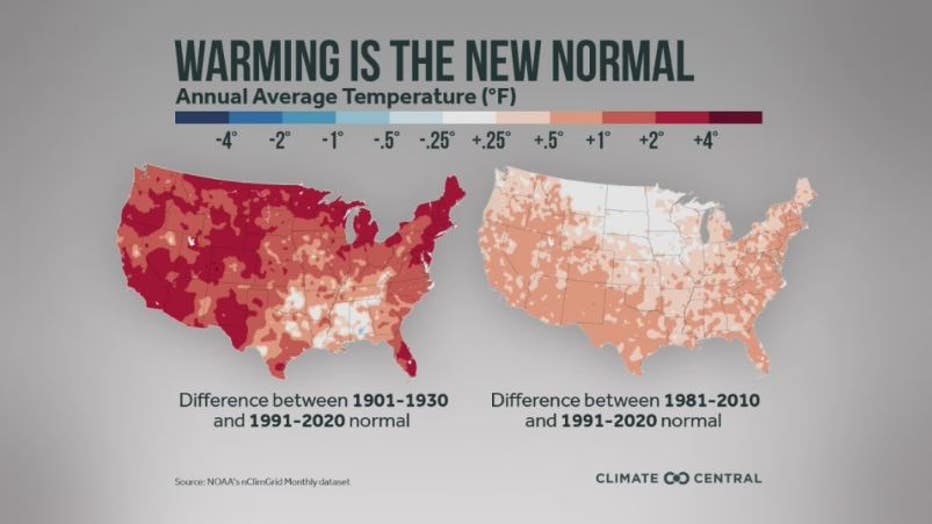 The warmer, wetter climate comes as a shock to no one really, as we continue to set heat records on global scale year after year.