State Democrats are introducing new legislation they say will make it easier and safer for people to cast their ballots at the polls. But Republicans are accusing the Democrats of hiding their true intentions.

FOX 2 - State Democrats are introducing new legislation they say will make it easier and safer for people to cast their ballots at the polls. But Republicans are accusing the Democrats of hiding their true intentions.

"The whole impetus behind this package of bills is to try to make sure that we are empowering people to access the ballot box and exercise their constitutional right to vote," said State Rep. Laurie Pohutsky (D).

Michigan Democrats are looking to beef up access to the polls. They introduced a package of nine bills that would among other things:

"Nobody’s saying we’re going to restrict your ability to own a gun," said State Rep. Matthew Koleszar (D). "We’re simply saying no firearms in a polling place because what we’ve seen oftentimes, this isn’t about personal safety when you’re in a polling place - it’s about intimidation."

One of the bills would also make it illegal for people gathering signatures for petitions to make dishonest statements about said petitions.

"Obviously lying about the petition and what the language is in it is wildly inappropriate, but protected speech and they know that," said State Rep. Beau LaFave (R).

LaFave says those bills will have an uphill battle in the legislature where his party has the majority.

"Now that Democrats got through all the proposals they wanted in the last election after lying to voters while collecting signatures, now they want to close the door behind them," he said.

FOX 2: "What is at the heart of the bills' opposition?"

"To be honest with you, I think it's voter suppression - plain and simple," Pohutsky said.

And then there are those in the middle.

"We should have early voting, our vote should be secure - without question," said Chad King.

He said he supports the proposed bills except for the one banning guns. He says while there has been some people that show up armed at polling locations to intimidate voters, banning guns makes those places soft targets and people would be unable to protect themselves.

"We shouldn’t expand one constitutional right while we truncate another constitutional right," he said. "And we’ve seen this play out historically before with predominantly Black voting locations where folks had to be armed and protect the polling station from other people-  so there’s a historical precedent for people to be able to carry their firearms - whether it’s concealed or what have you, while they’re exercising their right to vote." 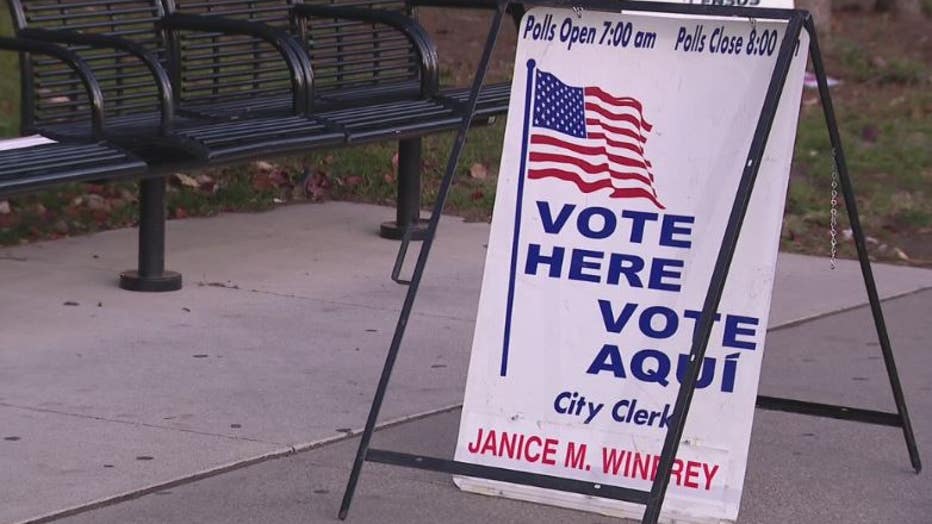