A peanut allergy impacts roughly one million U.S. children, and only 1 in 5 kids will outgrow their allergy - but a new treatment to help children with a peanut allergy was just recently approved by the FDA.

This drug is called Palforzia. It's a powder that can be mixed into pudding or apple sauce, and it's designed to lower the risk of a severe reaction if a child accidentally ingests a small number of peanuts.

A new drug approved by the FDA for the use of kids 4 to 17 years old could help those with peanut allergy build up a resistance.

For one mom, it sounds promising.

At 2 years old, Jackson Stephens is a regular at the allergy doctor after his first, terrifying taste of peanuts.

"It was pretty scary. We found out when he was 9 months old and per our pediatrician's advice to give him peanuts and try it," recalls mom Heather Stephens.

They ended up in the ER, and now carry an Epipen injector and Benadryl everywhere they go because even trace amounts of peanuts can trigger a reaction.

But now, allergy doctors all over the country like Dr. Stanley Fineman are excited about a new peanut allergy immunotherapy drug called Palforzia that might help kids like Jackson.

Each capsule includes a standardized, carefully controlled amount of peanut protein that can be mixed into food. Children start the treatment in the allergist's office, gradually transitioning to taking the drug at home.

"You administer it with very small amounts in the beginning. Then, over time, increase the dosage to where the child takes 300 milligrams of peanut protein, which is equivalent to about a whole peanut kernel, on a daily basis," says Dr. Fineman. "And what that does is it can then prevent the child from having a severe anaphylactic reaction if they accidentally ingest a small amount of peanut protein."

Dr. Fineman says about two-thirds of the children who tested Palforzia were able to tolerate higher amounts of peanut protein than they could before the study. But a smaller group, about 11%, still had a reaction to peanuts, some reacted so severely they had to drop out of the study. 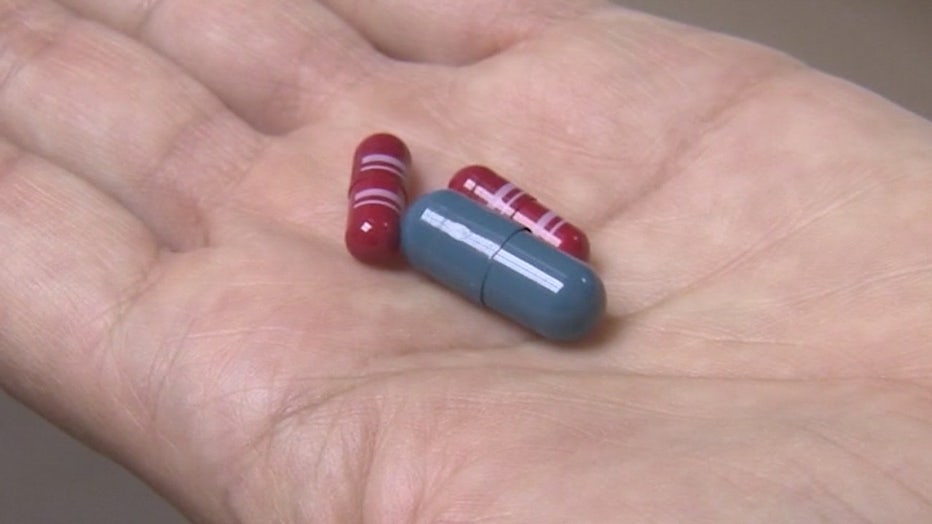 "The fact is Palforzia, although it's very effective, does have significant side effects. So, when a parent discusses the potential use of this, they have to know the risks as well as the benefits," Dr. Fineman says.

Jackson is still too young to try Palforzia right now, but his mom hopes it will help him down the road if he accidentally ingests peanuts.

"There's no way that you can completely avoid something like that," she says.

Palforzia was just approved for children 4 to 17 and will be available through an allergist.

Children will still need to avoid peanuts but this drug is designed to protect them if they accidentally consume peanut products.