DETROIT (FOX 2) - Taylor McQueen hoped for an engagement with the love of her life Daniel Kubistec.

"We were definitely heading in that direction I definitely didn't know it was going to happen when it happened," she said.

Taylor McQueen hoped for an engangement with the love of her life Daniel Kubistec. But she never expected it to happen in front of her first love, the Ford Bronco.

But she never expected it to happen in front of her first love, the Ford Bronco.

"I couldn't have asked for anything better, it worked out absolutely perfect," Daniel said.

"I knew she loved Broncos and we were going to Michigan, the Ford capital of the world," he said.

So he reached out to his uncle George Goddu, an electric vehicle strategist, who has spent 30 years with Ford Motor Company. His connections helped arrange the tour of the new Ford Bronco. 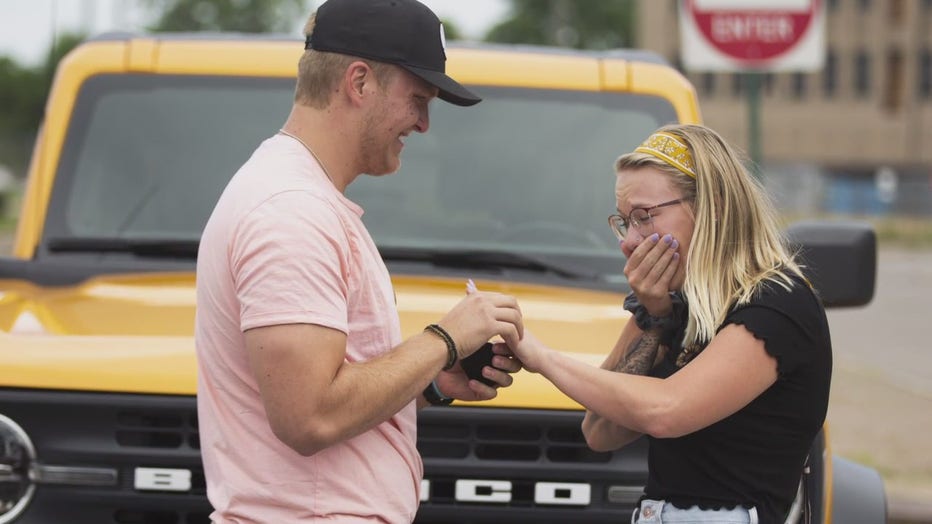 "Half a dozen people within the company said this would be fun, and cool, and special for this couple, let's make it happen," said Goddu. "And they took time out of their day to make it happen. I think that's one of the special things about Ford, it's a family company."

"It wasn't long ago that Ford acquired the Michigan Central Station. The iconic building and this Bronco prototype became the perfect backdrop for Daniel to ask Taylor for her hand in marriage.

"I was thinking was she even going to notice I am pulling out a ring, or is she going to be so distracted by this car that she has no idea and she thinks I am just tying my shoe or something," Daniel said.

"I was freaking out because of the Bronco, so I was on an adrenaline rush because of that," Taylor said. "And then that didn't cross my mind that he was going to propose.

"Then all of a sudden he got down on one knee and I just freaked out. I was in such shock and then it made total sense, everything kind of came together. I kind of blacked out a bit, it was one of the best moments ever." 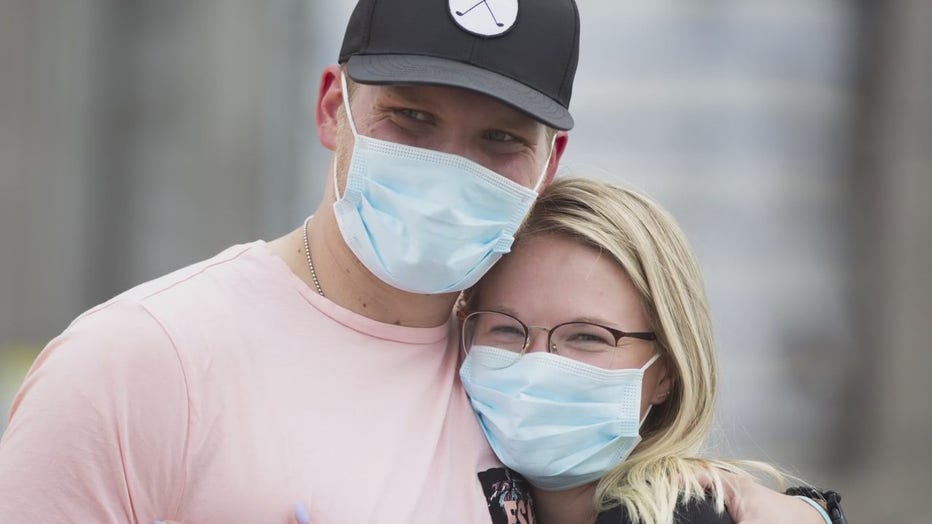 The construction workers on the central station kind of saw it happening, and they stopped, and when she stood up and hugged him, they saw it and they all started cheering," Goddu said. "It was one of the things you see in a movie."

Wedding plans are still in the works - but when it comes to what vehicle they will buy - the Ford Bronco was a no-brainer.

"Oh yes, I already put the money down to go get that," she said. 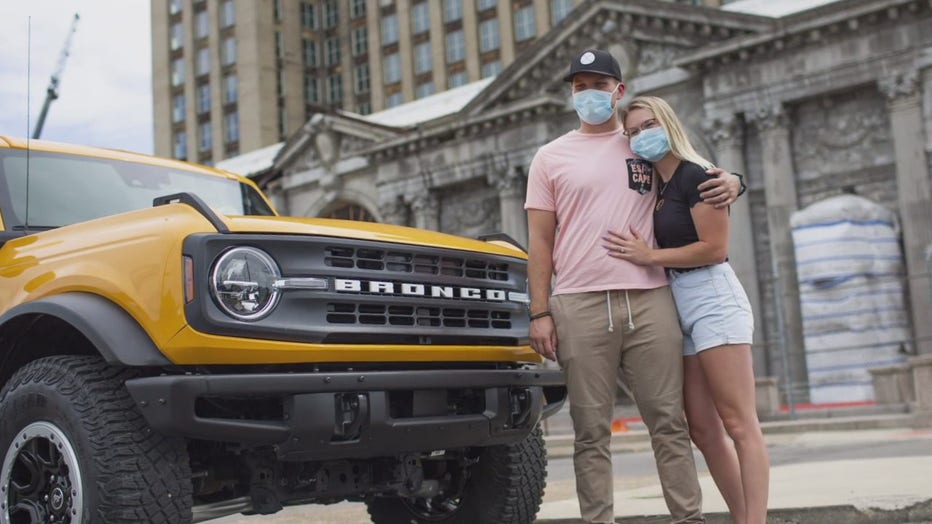