The city of Detroit cleaned the blue paint off the road and added new parking signs after a pizza shop owner painted the road to let people know the spaces were handicap.

DETROIT (FOX 2) - The city of Detroit added new signs and cleaned the road after a pizza shop owner painted parking spots to let people know they were handicapped spaces.

Tony Sacco said he kept seeing people get tickets outside Mootz Pizzeria and Bar because people didn't know they were parking in handicap spots. So, he grabbed blue paint and covered the spaces to let people know. 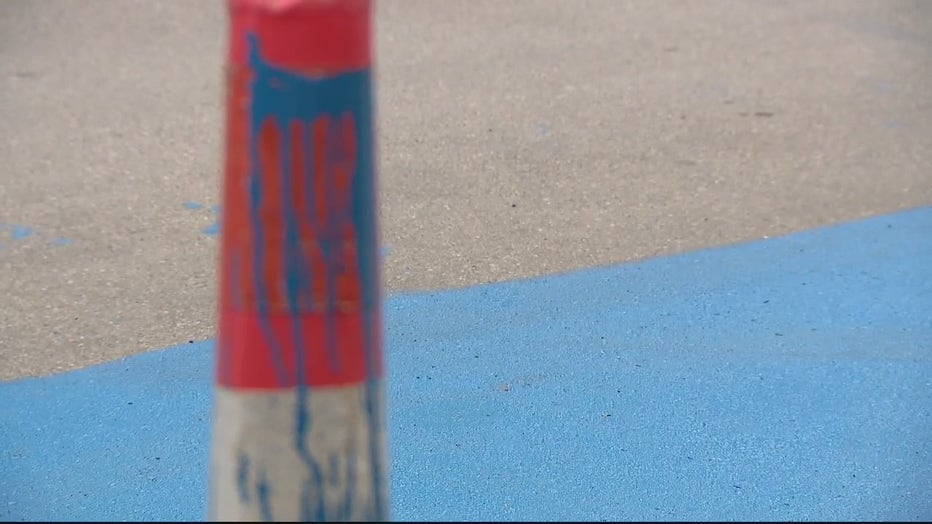 "It's kind of like you're going after the man, where they deserve it," Sacco said.

After the paint job, the paint was washed away and new signs were put up to indicate that they are handicap spots.

The city said the original signage met legal standards but agreed that it could have been clearer.

City officials said they appreciated Sacco's persistence to bring attention to the issue.