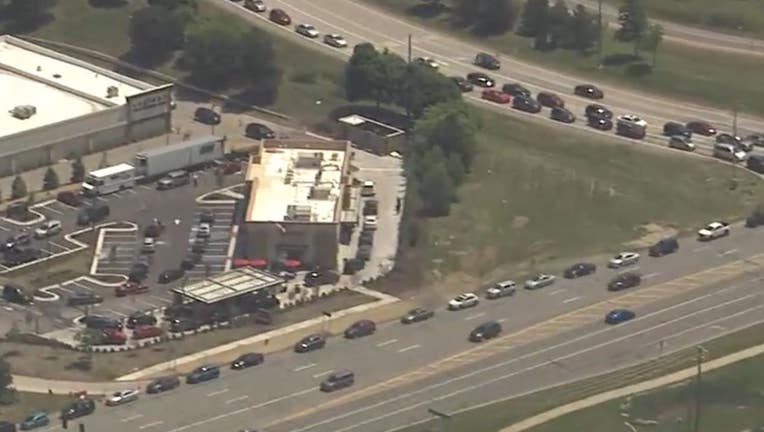 Their newest restaurant is located outside 12 Oaks Mall in Novi and officially opened Thursday, June 18.

The line for drive-thru was also dozens and dozens of cars long on Thursday. The line stretched back all the way to the Novi Road exit ramp from I-696.

When the idea was proposed, residents though shared mixed feelings about the location, especially about the traffic being so close to the mall. Others believe the restaurant will bring a boost back to the mall.

This opening follows another location in metro Detroit that opened earlier this year, in Allen Park in the Fairlane Green Shopping Center commonly referred to as The Hill.

These locations are part of Chick-fil-A's ambitious expansion plan in Michigan that includes 20 new restaurants by the year 2021.

Other locations in the metro Detroit area include ones inside the Detroit Medical Center, the Detroit Metro Airport, Eastern Michigan University, Oakland University and the Somerset Collection.