Art Van Charity Challenge has $250K up for grabs to nonprofits

They started what's knows as the Art Van Charity Challenge. Dozens of non-profits compete for grant money. The top 10 groups that fundraise the most money, get an extra chunk of change from the furniture maker, anywhere between $5,000-10,000.

FOX 2 - Thanks to a nonprofit The Networking, Organizing and Advocating for the Homeless Project, men and women inside of the Central United Methodist Church would have gone without.

"The NOAH Project provides a bag lunch for over 40,000 individuals per year and what we do with that is get people in the door, get to know them and I get them into housing," said Amy Brown.

The group runs on donations, which can be tough to get. That's where Art Van Furniture comes in.

It started what's known as the Art Van Charity Challenge.  Dozens of nonprofits compete for grant money. The top 10 groups that fundraise the most money, get an extra chunk of change from the furniture maker, anywhere between $5,000-10,000.

"We wanted to empower the charities, and this is a great way to leverage the Art Van name and give back to the community and it really focuses on women children and human services," said Diane Charles with Art Van Furniture.

The deadline is less than 10 days away, so the push

is on for charities like Sweet Dreamzzz to try to get the cash. This nonprofit helps teach families that sleep is as necessary as food and shelter. They use stuffed animals to tease kids how to get it right.

"We talk about physical education and eating well, but we forget sleep. It's like that three-legged stool and without sleep the rest can't follow," said Ann Raftery.

They're also hoping to wake parents up about sleep while raising money for their cause. Most little kids should get 10 hours but get much less. They won last year and are hoping to repeat.

"They really bond with them in that two weeks in the classroom so when I take the bear home - they want to take care of the bear and they want to follow the same routine and parents are saying it is working," she said.

The Art Van Charity Challenge has dozens of nonprofits from across the nation hoping you'll donate to them so they can hit it big as winners of the challenge.

"I don't take anything for granted with these nonprofits, they are in it to win it," Charles said.

"We participated last year and we raised $46,781 and one, another 10,000 which was 18 percent of our operating budget, which was huge to raise in three weeks’ time," Brown said. 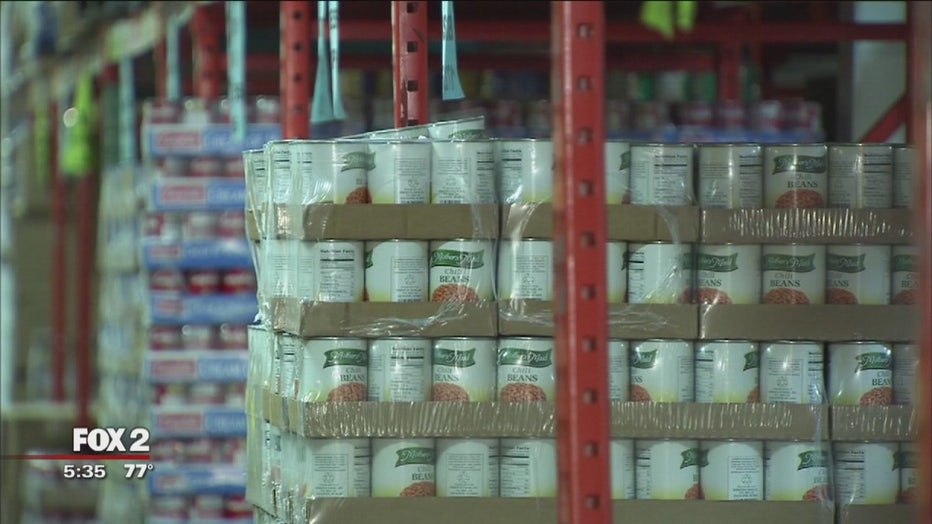