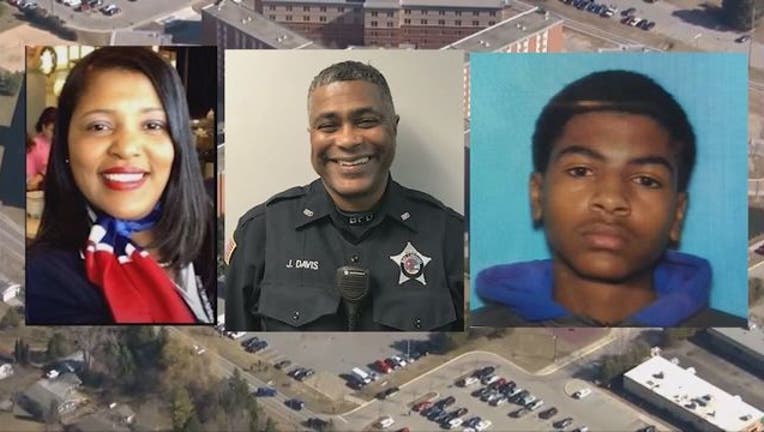 MOUNT PLEASANT, Mich. (WJBK) - Administrative and other offices will be open Monday at Central Michigan University, days after a 19-year-old student allegedly killed his parents in his campus dormitory.

Meanwhile, the school is on spring break all this week so, as of now, classes are still scheduled to resume as normal on Monday, March 12.

The campus was on lockdown for most of Friday, and officials canceled events and activities that evening after they say a student shot his parents to death that morning in his dorm room on the fourth floor of Campbell Hall.

The victims have been identified as Eric Davis Sr. and Diva Davis.

Officials say the parents were helping their 19-year-old son, James Eric Davis Jr. pack up for spring break when they were fatally shot. Authorities say the gun was registered to the teen's dad.

The teen then escaped from the dorm and eluded police for hours. He was eventually taken into custody late Friday night when he was spotted on train tracks shortly after midnight. He was taken into custody without incident and now faces murder and gun charges.

Davis Jr. was taken to a hospital after his arrest and was expected to be moved to a jail once he's discharged. It's not known yet when he'll make his first court appearance.

The family is from Plainfield, Illinois, a Chicago suburb. Davis Sr. was a part-time police officer in Bellwood, Illinois.

Davis Sr. had been a longtime member of the Illinois Army National Guard and served in the Iraq War. At the time of his death, he was a part-time police officer in Bellwood, Illinois.

Davis Jr.'s parents had picked him up Friday morning from a hospital where he had been brought for suspected drug abuse. His parents had planned to take him home.

CMU murder suspect's Chicago community: 'They were a loving family'

A family friend says the couple has an older son and younger daughter. They were "loving, ever-present doting parents" to the children, said Jordan Murphy, who worked from 2004 to 2008 with Davis Sr. in Chicago as Illinois Army National Guard recruiters.

Central Michigan's campus is in Mount Pleasant, about 155 miles northwest of Detroit.