CANTON, Mich. (FOX 2) - Northbound 275 was closed at Ford Road most of the day on Monday because of a crash involving two semi-trucks and a car that appears to be sandwiched between the two trucks under the Warren Road bridge in Canton.

The Michigan Department of Transportation said the highway was closed around 11 a.m. Monday for the three-vehicle crash. By 3:30 p.m., the highway was reopened for traffic

Pickup truck gets sandwiched between two semi trucks in 275 crash

There were remarkably few injuries in a major collision on northbound 275 after a pickup truck found itself in between two semi trucks Monday morning.

When SkyFOX arrived above the crash, a passenger car was spotted wedged between the two semi-trucks and firefighters were using the jaws of life to cut into the vehicle.

According to Michigan State Police, there were no serious injuries in the crash and firefighters are still working to remove the driver of the passenger car between the two trucks. 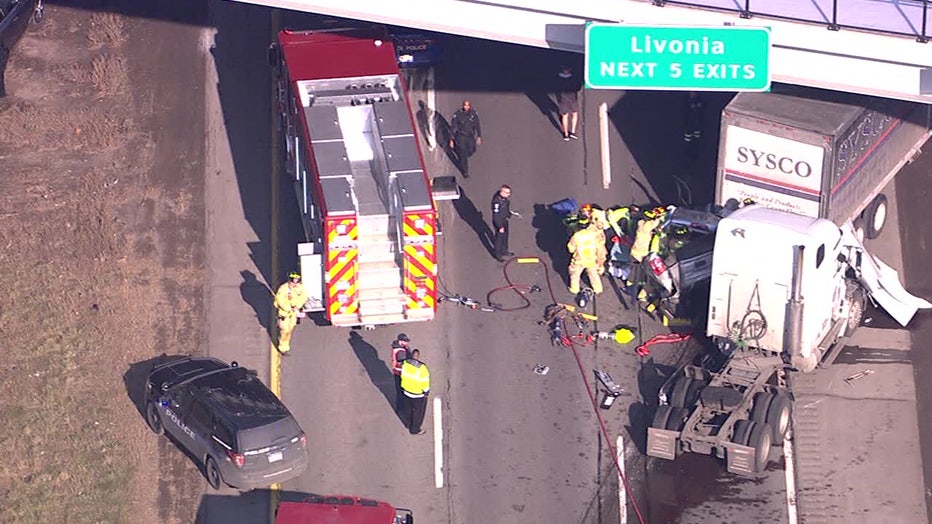