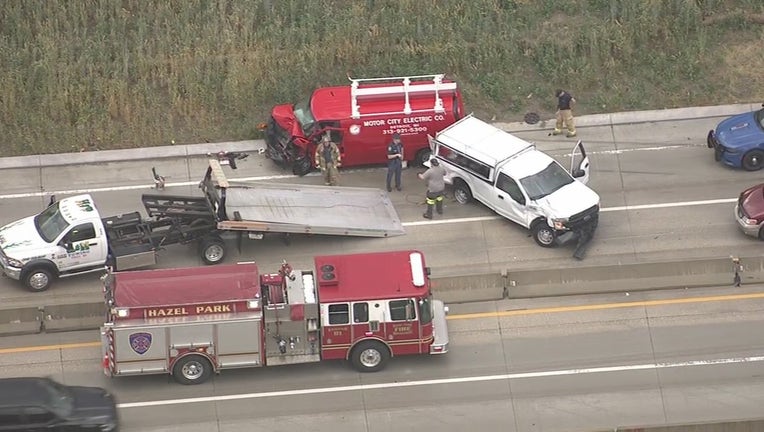 The crash happened near I-696 in Oakland County, backing up traffic until Eight Mile Road.

Michigan State Police said there were no injuries, but drivers should expect delays because the crash happened in a construction zone.

Lanes were blocked for about an hour before crews cleared the way for passage around 8:40 a.m. Travel began returning to normal around 9:15 a.m.

The construction zone where the wreck happened is part of the state's massive I-75 construction that's outfitting the major road with new cement, sound barriers, and lanes.

The scene from above showed a white SUV and red work van both with front-bumper damage. However, the red van suffered more extensive damage than any other vehicle involved.

A tweet from MSP said debris from construction and the crash had forced closures of all lanes.

"Remember, the roads or weather do not cause crashes, drivers do! Slow down and increase your following distance."