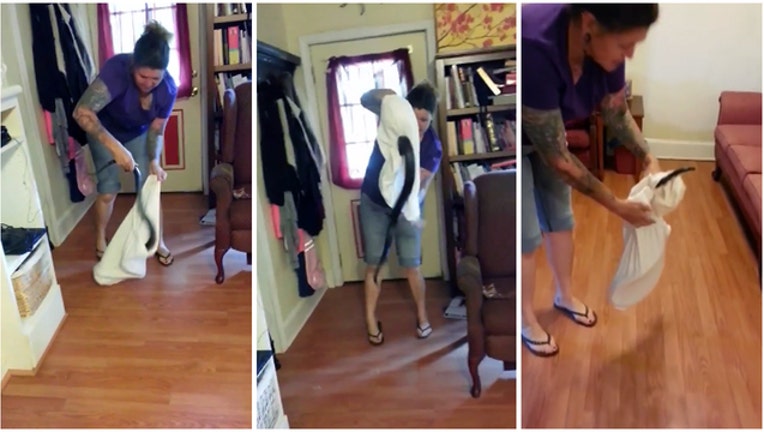 SunShine McCurry posted the heart-pounding video to her Facebook page:

McCurry had a family member take video of the surprise encounter on her cell phone while she quickly (and bravely) put the black rat snake inside a pillow case.

Experts say a black rat snake's best defense is its last resort 'smell release'. When in serious danger, like being attacked by a dangerous predator, the snake will release a foul smelling musk-like smell.

The black rat snake thought exactly that - and released the foul odor all over McCurry.

"Sometimes living in the country ain't too cool, and other times it is. But I really stink right now, so I gotta go wash this off of me," McCurry said in the video.

Black rat snake in the bathroom

Gallery: Snakes come out to play in North Carolina