NOVI, Mich. - Novi Police handed out Target gift cards during some of their traffic stops as a way to spread holiday cheer.

"Nobody expects a lot of good things to happen when they get pulled over on a traffic stop," said Officer Jerry Webb while on patrol.

The Novi Police Department decided to hand out gift cards from Target during routine stops to help brighten some people's days during what can be a stressful holiday season.

That's what one lucky lady found out while taking her dog to the veterinarian. Noting she missed a stop sign, Webb made the move after she parked.

"Oh I'm sorry," she said once he walked up. "We got an emergency with my dog. She hurt her back."

With her 15-year-old dachshund in the passenger seat vocalizing to the officer as proof of their owner's reasoning, Webb came back a short while later with a gift.

And there was much rejoicing as the woman hugged him.

"Sometimes $30 doesn't sound like a lot, but to people at different circumstances in their life or different days of the week, it can be a huge difference," said Lt. John Nelson of the Novi Police Department. "Even if it's not the monetary value, it's just the thought that it's something different - something they don't expect." 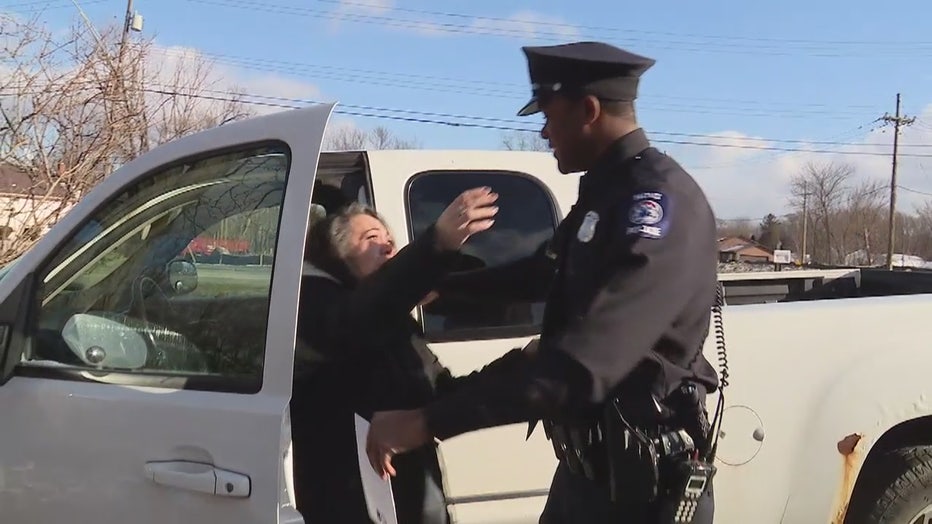 Usually, it's the feeling of one's throat sinking to the bottom of their stomach when those red and blue lights start flashing. But not this time.

"I feel like a big Santa Claus, without the beard," said Nelson.