OAKLAND COUNTY, Mich. - "I have decided to seek full term for Oakland County Executive next year."

"Moving forward together" -- that's the slogan Dave Coulter is using to announce his campaign for Oakland County Executive after he was appointed in August when longtime executive and Republican L. Brooks Patterson passed away from cancer.

"It was not my intent when I took the appointment 2 and half months ago," Coulter said. "We got that unanimous budget passed and it just made me realize that if we can do that then a lot more great things we can do."

After being appointed County Executive in August, Dave Coulter, the former Ferndale mayor and current Oakland County executive announced his candidacy for the seat in 2020.

But Coulter, a Democrat initially gave his support for the position to another Democrat, Oakland County Treasurer Andy Meisner.

"I've known Andy Meisner for a long time. I respect him," he said, "politics is a funny business."

But Andy Meisner is not laughing and after Thursday's announcement he had this to say:

"I was disappointed," he said. "Candidly I think he got it right when he endorsed my campaign to have a proven track record on the job as a full-time position."

Another point of contention -- a lawsuit that is pending in the county.

"We're still going forward on the lawsuit," said Rocky Raczkowski, the chair of the Oakland County Republican Party. "The lawsuit set up on the grounds on the crimes that were committed by Woodward and the Democratic caucus and the Oakland County Commission." 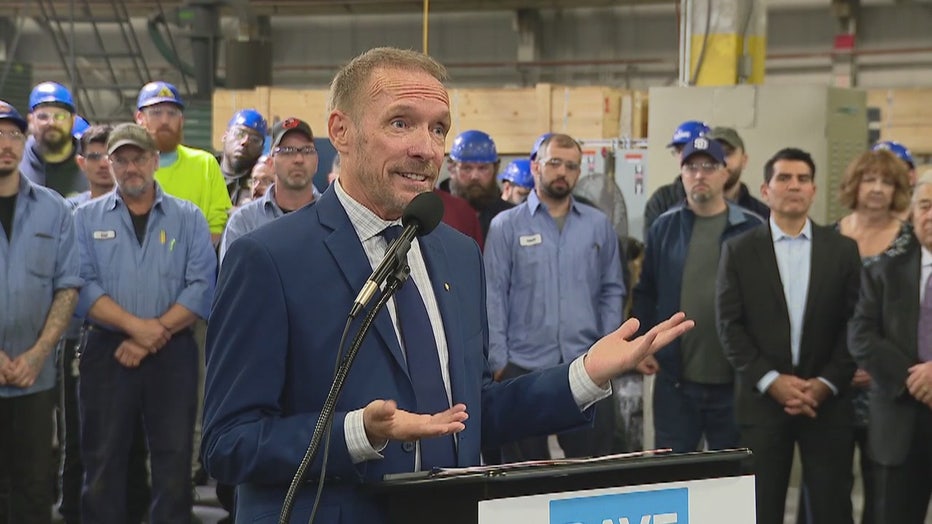 Republicans maintain Board Chair Dave Woodward's vote to help appoint Coulter was invalid after Woodward resigned from his position as County Commissioner to seek the County Executive position himself. But when things did not work out, Woodward rescinded his resignation.

On Thursday, Woodward gave his support to Coulter.

"We have to make sure the foundation we're setting and progress continues beyond next year."