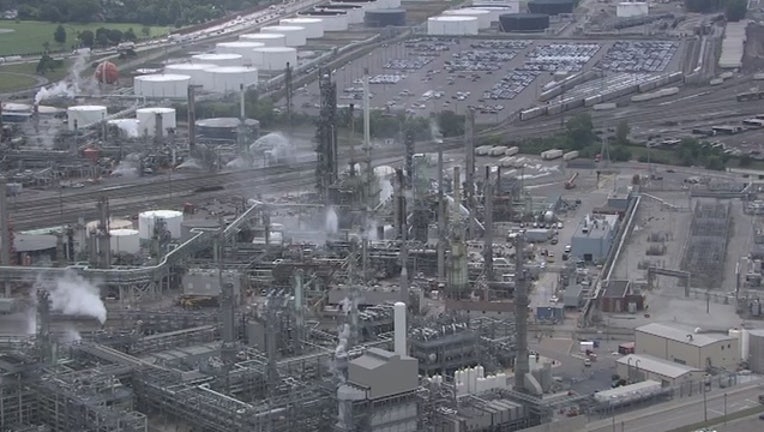 DETROIT (FOX 2) - Police in Melvindale say a leak of some kind has been reported at the Marathon Petroleum Facility and that I-75 ramps have been closed in the area.

Melvindale Police said the issue was reported at the plant off, near the Schaefer Highway, Fort Street, and Oakwood Blvd area. According to police, there is some kind of leak coming from the facility and Marathon is trying to control the issue.

According to the Detroit Fire Department, the leak is an oil vapor but is expected to be cleared up by 2:30 Thursday. The oil vapor is not harmful to the public, according to the fire department.

According to Melvindale Police, the ramps to I-75 are being closed.

Video from SkyFOX showed multiple emergency valves open and spraying water on most of the plant. Workers were also seen standing on sidewalks, evacuated from the facility.

Around 2:45, the fire department said the leak was under control and Marathon Petroleum had deployed air monitoring resources as a precaution.