(FOX 2) - Motown icon Otis Williams is the only last surviving original member of the legendary group The Temptations, who is still performing today. But he is also a proud grandfather and has taken his 16-year-old grandson under his wing to mentor his musical career.

A talented kid from Texas who eventually became a Motown Music legend, Otis is the founder and the last surviving member of The Temptations. They joined Barry Gordy and Motown Records in 1961 and as they say, the rest was history.

"Detroit is a very special place to me now as it was then just like a lot of kids back then except that I wanted to sing," said Otis Williams. "It is great to be part of something that is so iconic, so loved, so important. Because I have a pair of shoes that were made for me, and they say gloat, the greatest label of all time." 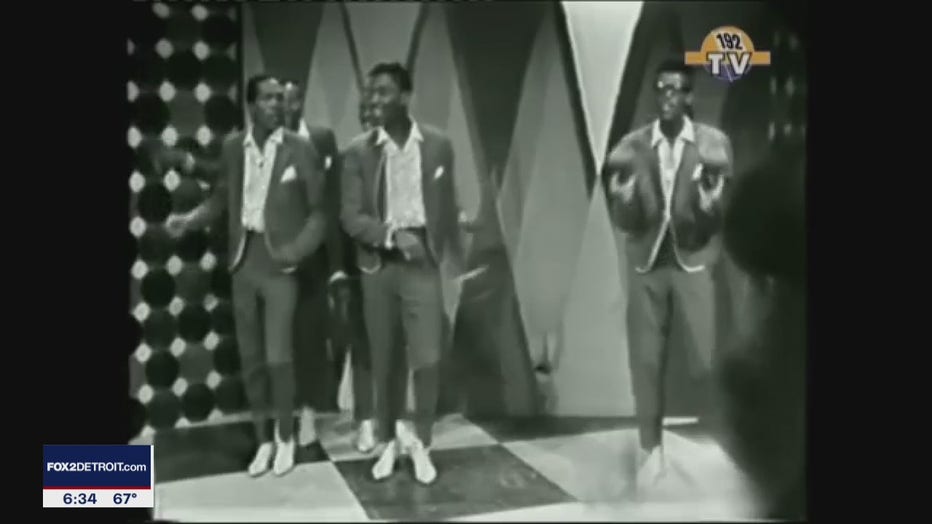 Members have changed, but one thing has stayed the same - Otis still performs with The Temptations and says the group is working on their 60th-anniversary album with another Motown great, Smokey Robinson, and bringing back the Broadway hit based on Otis' life story.

In the meantime, the icon is working to mentor another generation of musical talent - his grandson Trace Austin. who joined his grandpa on stage when he was 6 years old.

"He is my grandfather, seeing him tour the world, perform and his movies inspire me," Trace said. "I am grateful to have him in my life guiding me."

FOX 2: "When did you realize he wasn't just a grandpa he was a legend?"

"I've kind of known that," he said. "But I really thought that a couple of years ago when I saw the movie and the play, I was like 'Oh he is not just my grandfather but he's huge!'"

Smooth, soulful everlasting. The hall of famer spent the last decade mentoring his grandson to carry on his musical legacy.

Trace, who is now 16 years old, is an actor, rapper, singer and songwriter who has already released his first ep - "Canary Wharf."

"He has given me the best advice," Trace said. "He taught me who to watch out for. He taught me what to do with my sound and image and out me around the right people - I really appreciate that grandpa. thank you."

"We really instilled in him to be a good person," Otis said. "There is one thing to have all the success in the world but if you are not right here and here it will negate your talent."

Trace singing with the temptations in their recently released video of Carole king's you got a friend.

COVID has kept them creatively working from home, but hope to collaborate again very soon in a revised version of "Papa is a rolling stone."

"If we have a chance to do that do an updated track he would rap and I would sing it would be a very interesting project keep hope alive," he said.

When you watch the multi-talented teen perform, it's clear the apple doesn't fall far from the tree.

"That means a lot to me because it means people are enjoying my music and I want my music to reach masses of people I want to have longevity just like my grandpa," Trace said.

I don't think many people can say they have 60 years and still going.

And at 79 years young, Otis shows no sign of slowing down.

"I am going to ride the health horse when and if I get off the horse it going to be bald, that's a lot of riding," he said.