DETROIT - Detroit residents overtaxed on their home's value in previous years may be eligible to recoup lost funds through a new Duggan initiative being announced Tuesday.

Homeowners who were hit with exorbitantly high property taxes between 2010-2013 can apply for one of eight city programs that include prioritizing residents for first-in-line job consideration, seniors home repair grants, and affordable housing units.

The idea of the program is to "restore some of what was lost by the legacy of over-assessment" which plagued poor residents for years.

“For many residents across Detroit home ownership is the first step in building generational wealth and economic stability, said Mayor Duggan. “Years of over assessment took that from families, and this is an effort to ensure some of what was lost is restored." 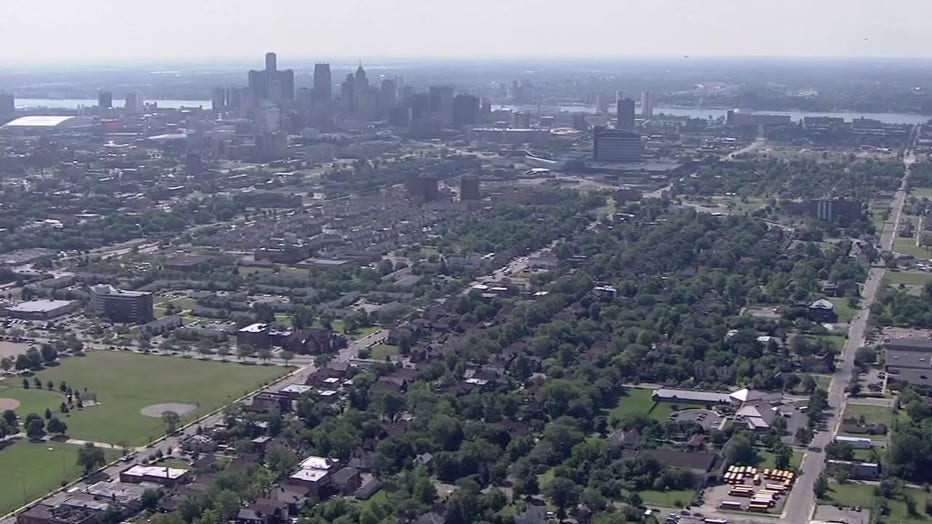 A bird's eye view of the Detroit city skyline.

Residents who are eligible for the program can make use of any of the eight programs offered by the city:

In the years after the Great Recession, home values collapsed after the housing market went under in 2008. However, the city of Detroit failed to correct how it assessed the values of homes in the years that followed. That led to thousands of homes getting taxed at inflated rates.

Then in 2014, newly-elected Mayor Mike Duggan and his administration reduced the total value of the city's home assessments by almost $1 billion, read a release Tuesday Additionally, the city invested $10 million to bolster the Assessor's Office staff capacity while the city council amended the city code that mandates property appraisals be done every 10 years.

However, some homes continued to suffer from over-assessment in the years that followed, a report by the Detroit News found in early January.

To offset the costs residents experienced prior to 2014, a $6 million appropriation from the city's surplus it accrued in 2020 will fund a series of wealth restoring programs.

Eligibility for the programs will be determined by the Office of the Assessor. If an applicant believes they were the owner and the assessor’s records are incorrect, the assessor may use documents other than the property transfer document to verify the applicant's ownership.

That could be a direct relationship to the deed holder or proof the applicant has been paying utilities for at least a year.