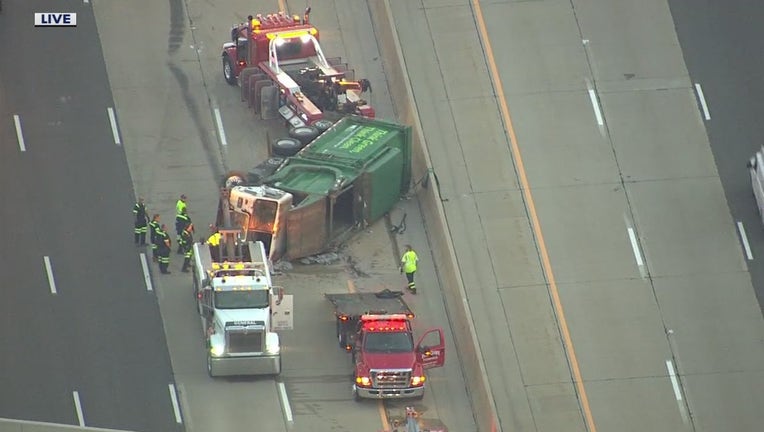 LAPEER, Mich. - An overturned garbage truck on I-75 is creating a large traffic jam for commuters Wednesday morning.

The stop-and-go traffic was reported on southbound lanes at Lapeer in Oakland County.

According to the Michigan Department of Transportation, the left shoulder, as well as the left three lanes, were blocked at one point.

Drivers should seek alternate routes on their way to work as backups appear to stretch to Joslyn.