DETROIT (WJBK) - Some gas station owners in Detroit say police are playing favorites, and that crimes at their stations aren't treated as priorities. They say it all comes down to who is part of Project Green Light.

Project Green Light is a community safety approach that has included 231 gas stations, restaurants, party stores, residential buildings and more. Earlier this year, Detroit Police Chief James Craig attributed it to helping reduce the number of murders in the City to the lowest it's been in decades.

But, not everyone is on board with the program. Some owners say the project is having a negative effect on safety elsewhere.

Khaled Zindani's family owns the Marathon gas station on Telegraph near Seven Mile. Around three weeks ago he claims a man pulled a knife on a customer near the gas pumps. Zindani called Detroit police.

He claims officers took two hours to show up and, by the time they did, the suspect was long gone.

What's more troubling is what Zindani claims he was told by the DPD officer: "'If we were a Green Light gas station we would get special treatment,'" he said. "Basically they would show up at our gas station instead of a gas station without Green Light."

Detroit businesses have paid up to $6,000 to be part of Project Green Light. It foots the bill for the installation of HD surveillance cameras that allow police to monitor the gas stations in real time.

The problem is many business owners can't afford it, or have already paid for their own cameras.

"Honestly, it is too expensive. I just did a whole new camera system of my own and they want me to add all new cameras?" said Zindani. "It's just not in the budget."

FOX 2 reached out to Detroit police about this and Assistant Chief James White says this is true.

"Yes, gas stations with Green Light are considered Priority One runs, compared to gas stations that haven't installed the system."

But, he also says the priority is always life over property.

They plan to investigate why officers took two hours to show up at Zindani's Marathon gas station after someone pulled a knife.

As for Zindani, he says they pay taxes and he says he shouldn't have to pay more to be treated as a priority.

"Technically, we have to handle things by ourselves," he said. "If we have an issue we have to deal with it. We call police and know it will be a couple of hours before they get here. By the time the issue is resolved and the people are gone."

To take it a step further, Zindani says he has been forced to protect his gas station himself. As a result, his gas station is facing lawsuits, he says, because they came around the counter and fought off the criminals themselves. 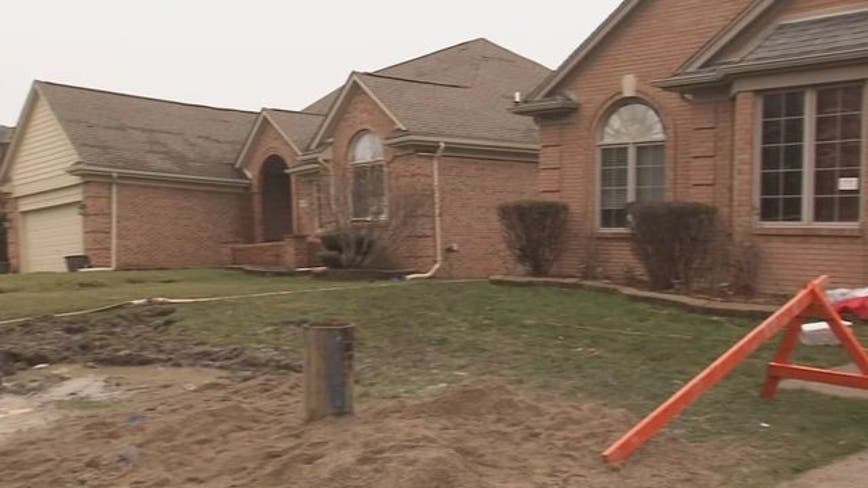