FOX 2 - "One of the things you hear is 'dinner plate dahlias' because they are about the size of a dinner plate," said Michael Genovese.

Michael Genovese is just 33 but his Summer Dreams Farm in Oxford, Michigan, is one of the major dahlia farms in the U.S.

"They draw everybody in - they spread joy - they bring a lot of happiness to a lot of people," he said.

One of those people is Michael Genovese. At just 33 years old, his Summer Dreams Farm in Oxford, Michigan, is one of the major dahlia farms in the U.S.

"I grow around 220 here and I have around 60,000 plants in the ground this year," he said. "So around three acres of dahlias in production which makes me one of the largest growers in the country."

And likely, he is one of the youngest. The average age of a farmer is 58.

"There aren't too many young people willing to put in the work that it takes to have a farm like this when you can earn a lot more and have a lot easier life working behind a desk," he said.

But Michael tried that desk job after college and knew he needed to come back to the land. He grew up on his family's Christmas tree farm a mile away from Summer Dreams - and he manages that as well.

"Most people don't realize all the work and the challenges that farmers face on a daily basis," he said. 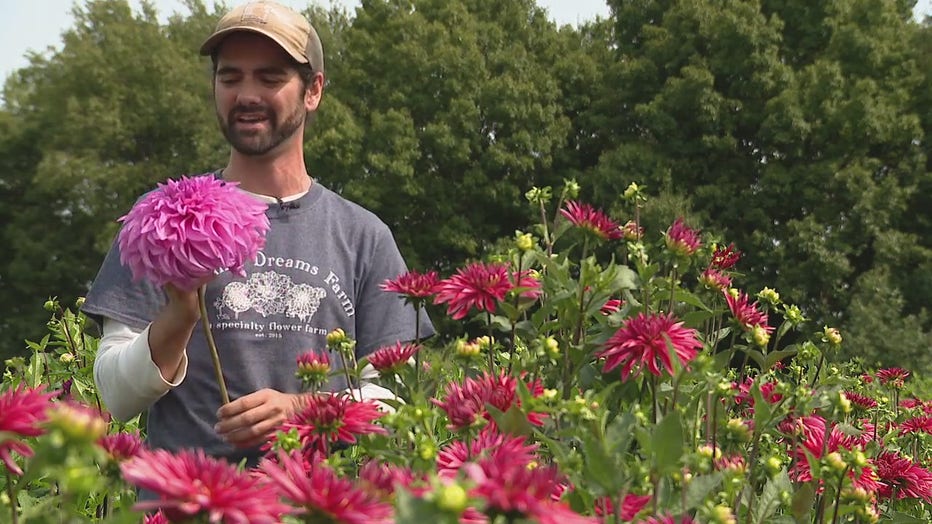 Extreme heat like we've experienced this summer or early frosts can ruin a flower crop. It's such challenging work Michael says only two percent of the population works in agriculture.

"We rely on it so much but so few of us work in that industry it's really important to share that story," he said.

Which he does all the time - talking policy with people like Agriculture Secretary Sonny Perdue and Congresswoman Elissa Slotkin.

"I try and impact that policy to have a better future for the American farmer and flower farmers," he said.

Which also means encouraging people to buy local and buy American. He asks all of us to look for this logo when we purchase flowers.

"Today only around 20 percent of the flowers that you see in the store are actually grown in the United States," he said.

But Michael is proud to be part of that 20 percent. He loves these flowers, and his father, Frank - who passed away in 2018, agreed the dahlias were special.

"Food feeds the body but flowers feed your soul," he said. "And I know it sounds a little cheesy but when you see the happiness and joy that these flowers bring people - it's the truth."

They are the premium wedding flower for this time of year, planted in May. They are at their peak in September and so beautiful, Michael says he's seen people cry. 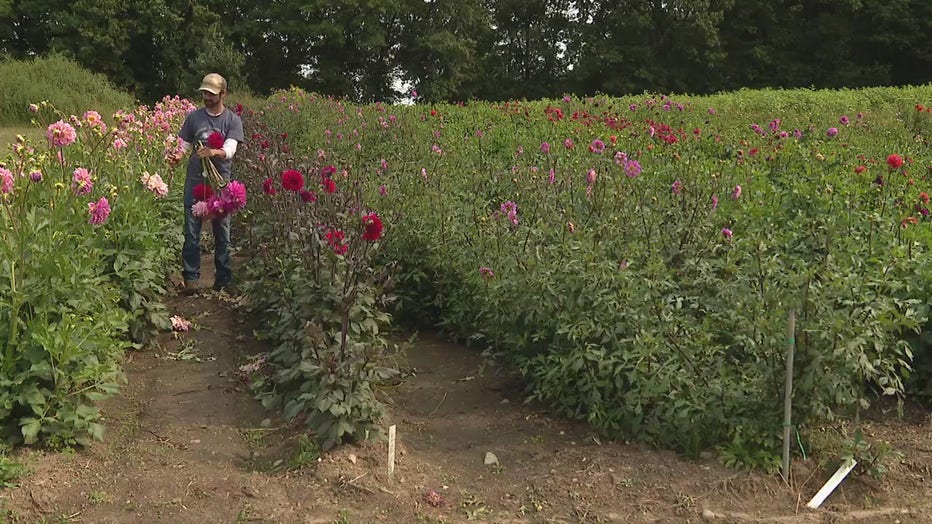 "They say this is the most beautiful thing I've ever seen in my life," he said.

Michael says at Summer Dreams he's not planting and nourishing and harvesting flowers - he's selling a feeling - of happiness.

"There aren't too many opportunities that you have in life to share that experience - to offer that feeling to people and it's really special to be able to do that for a living," Michael said. 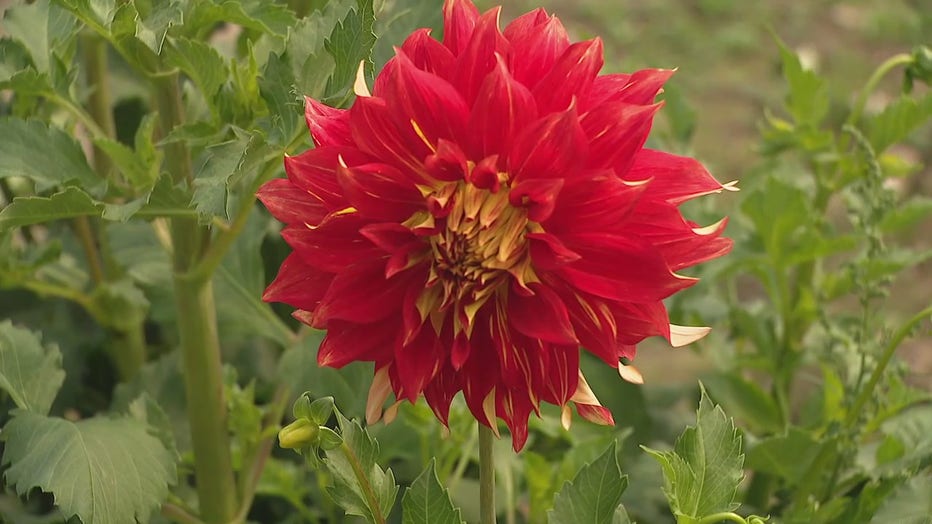