How an Oxford student is turning tragedy into hope through music

Ava Swieczkowski is a senior at Oxford High School. She's also a talented singer and is using the song 'Rise Up' to inspire her fellow students and the city.

OXFORD, Mich. (FOX 2) - Almost two months to the day since gunshots rang out in the halls of Oxford High School and students and staff are back in the building this week. The community, of course, is still healing. One senior is using her voice to encourage people to have hope.

Ava Swieczkowski is a senior at Oxford High School. She's also a talented singer and is using the song 'Rise Up' to inspire her fellow students and the city.

"Its always been my go-to song. It’s almost like I learned it for this moment because the message is just so strong," she said. "The first lyrics (are) 'you’re broken down and tired' - it’s like there is inspiration that there is still hope."

The message is one that Oxford is desperate for and that's why, shortly after the shooting, Ava recorded the cover. Just a few days after the tragedy, she sang a moving rendition at a vigil in front of 10,000 people.

We're hearing from a brave student, Ava Swieczkowski, who is coping with the loss of her classmates- and working toward creating a brighter future.

"Once I was up there and singing, I was fine. I was totally okay once I was singing," Ava said.

Considering what these students have been through, being okay is not easy. She remains guarded, for good reason, about what she went through that day in November.

"After it happened, everyone just wanted to be together, you know, and just hug your peers and your classmates and tell them I’m so glad you’re okay," Ava said. "Honestly, just the love and support and the music - it’s all been helping me a lot." 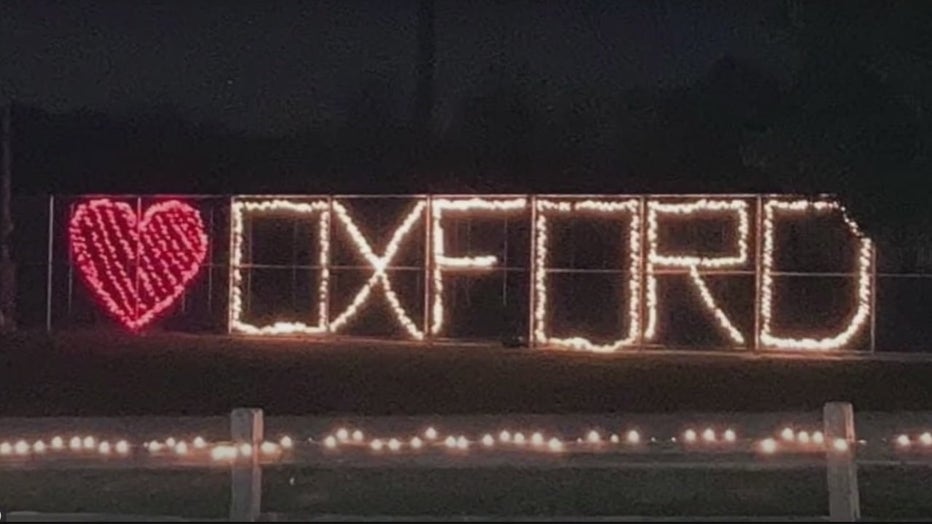 After two months gone, Ava and her classmates returned to the high school which has become synonymous with tragedy. However, in the halls, she said there's hope and she said she feels safe.

"It was actually not as bad as I thought it was going to be. I think it’s the sense of love that Oxford has, in general, it almost diluted all the scariness," Ava said. "Every time I walked into class from my new period yesterday the teachers were  just like 'oh my gosh it's so good to see you guys, its so good to see my class full again'. (It's) definitely cool to see my teachers because obviously they went through the same thing and they’re struggling too. So I think it was really important for the teachers and students to reconnect."

As Ava and her classmates returned to the school, they were greeted by therapists and other support for their mental health.

"They have therapy dogs everywhere. It's like every time I sit down in class, there is a dog that walks in. It’s honestly really something there. The love it’s so full," she said.

The healing will take a long time but Ava is leaning on her music and finding strength wherever she can.

"I think it’s important to realize how strong a community can be together because Oxford has definetely proved that," she said.