FOX 2 - Volunteers have been busy sorting thousands of cans and bottles, stuffing them into bags - all to benefit The Drew Crew Foundation.

"I never thought it would grow to something like this," said Drew Clayborn.

So far they have received an estimated half a million returnables. Their first truck load brought in more than $10,000. The goal now, is to hit a million.

Clayborn is the head of The Drew Crew. In early June, we told you about their annual golf outing being cancelled due to COVID-19. That meant losing about $40,000 that normally benefits people living with paralysis.

People like Drew, who was paralyzed 10 years ago while practicing a backflip for a high school musical.

Their pastor at Orchard Grove Community Church in Walled Lake suggested a bottle drive. And boy, did people donate.

So far they have received an estimated half a million returnables. Their first truckload brought in more than $10,000.

"So many little donations have all snowballed into what it is now," Clayborn said. "This has the opportunity to be our largest fundraiser ever."

It really is a team effort, from The Drew Crew to all of the volunteers, to the thousands of people who have donated these bottles and cans.

Drew's father Ledon has driven 4,000 miles all over the state to pick up bottles and cans. They are scaling back on picking up and instead are asking people to drop off their returnables. There has been so much interest; they decided to keep the bottle drive going - for another month. 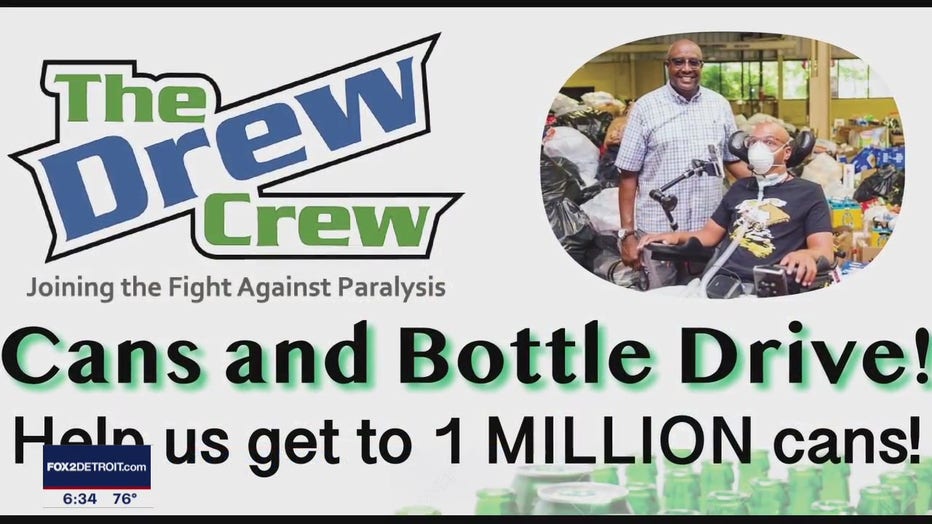 "My pastor came up with a great idea," Ledon said. "He said well we got about half a million cans; why not make a push for a million."

It is money that helps with Drew's expenses but also benefits others. They have already identified a paralysis patient they plan to help by covering the cost of her physical therapy.

"She's diet conscious, she's exercising, she's trying to make the best of her life in spite of her limitations - we call that a champion," Ledon said. "That's a Drew Crew champion right there."

"It's giving you the opportunity, the same opportunities that I've been given to now focus on life, focus on my goals and not have to worry about my injury as much as I do about living my life," Drew said.

A life less focused on limitations - and instead driven by something much bigger. 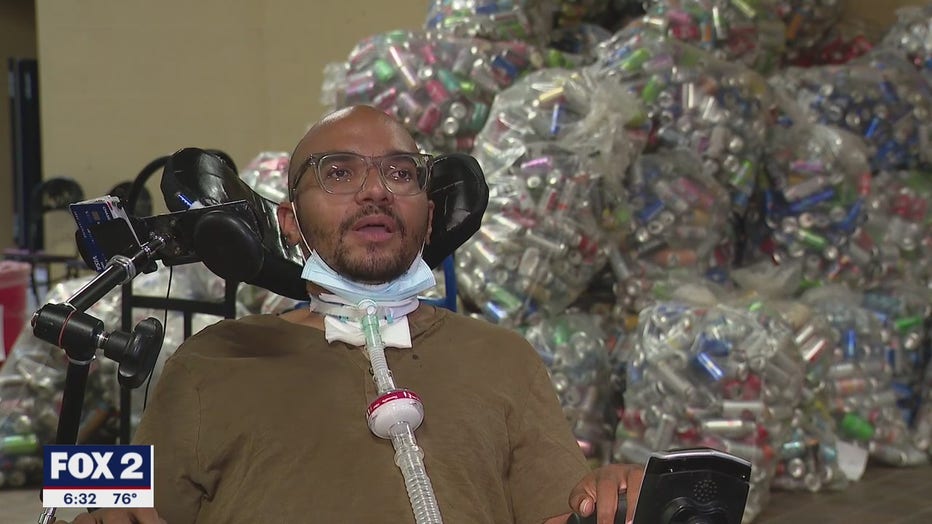 "It's a blessing - all the way around - not just for us but just for so many people like us in the same situation," Ledon said.

A blessing - it turns out, in the form of bottles and cans.

"Help us get to another half a million cans," Drew said. "All the way to a million." 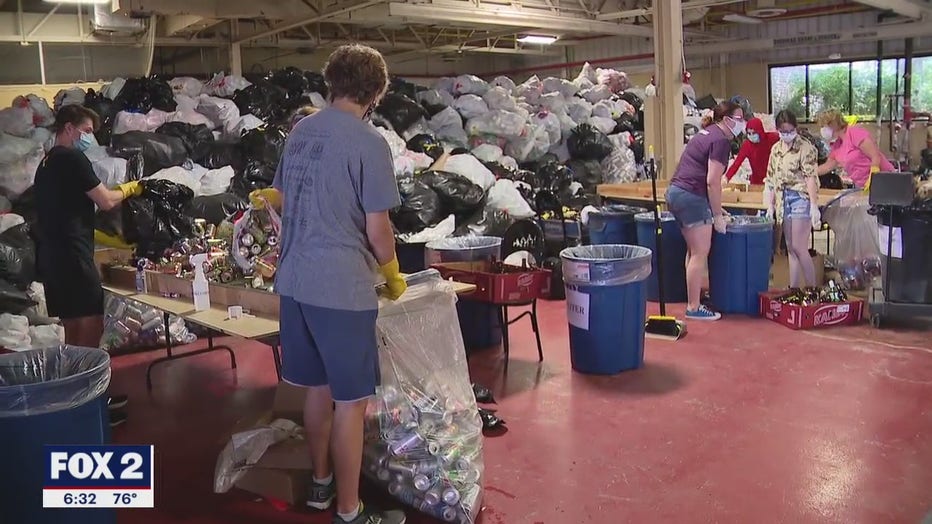