The lawsuit alleges that the game was designed to cause the release of dopamine in players’ brains similar to that caused by drugs like cocaine, which can ultimately lead to a chemical addiction.

MONTREAL, Canada - The parents of two children are attempting to sue the maker of the massively popular video game Fortnite because they believe the creators “knowingly” made the game as addictive as drugs such as cocaine.

The lawsuit is being handled by the firm on behalf of the parents of two minors, who say their children, aged 10 and 15, became addicted to the game. The lawsuit alleges that the game was designed to cause the release of dopamine in players’ brains similar to that caused by drugs like cocaine, which can ultimately lead to a chemical addiction.

"Epic Games, when they created Fortnite, for years and years, hired psychologists — they really dug into the human brain and they really made the effort to make it as addictive as possible," said Alessandra Esposito Chartrand, a Calex Légal attorney, in a statement to Canadian Broadcasting Company (CBC). "They knowingly put on the market a very, very addictive game which was also geared toward youth."

Calex Légal is asking other parents concerned about their childrens’ Fortnite use and/or dependence to come forward.

The lawsuit will be based on precedents set in a 2016 Canadian lawsuit against tobacco companies which found that the tobacco companies did not adequately warn customers about the risks of smoking. Chartrand is arguing that, just like in the case of tobacco, Fortnite is so dangerously addictive that it requires a warning. 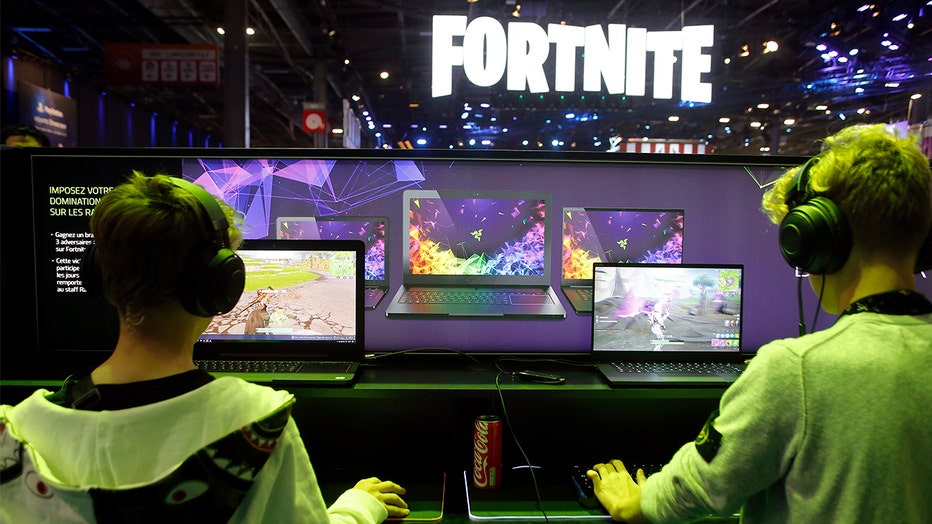 Gamers play 'Fortnite,' developed by Epic Games, during the 2018 'Paris Games Week' in Paris France. A lawsuit has been filed against Epic Games alleging the company 'knowingly' made an 'addictive game.' (Chesnot/Getty Images)

This isn’t the only legal battle being directed at Epic Games over Fortnite’s highly addictive appeal.In June, the guardian of a child in California also filed a potential class-action lawsuit against Epic Games, alleging that the company takes advantage of minors and tricks them into spending money (especially their parents’ money) on upgrading their characters in Fortnite to advance through the game.

Epic Games provides a defensive provision in the user agreement for Fortnite, which stipulates that any user of the game willingly gives up their right to take Epic Games to court either individually or in a class-action lawsuit, and all legal dispute must be handled in private arbitration.

Chartrand told CBC that she doesn’t believe these terms of service will hold up in court in Quebec because of the Consumer Protection Act, which requires companies to disclose the risks of using its products or services.

It has not yet been determined when a judge will rule on the authorization for the lawsuit nor how much Calex Légal will be seeking in damages.