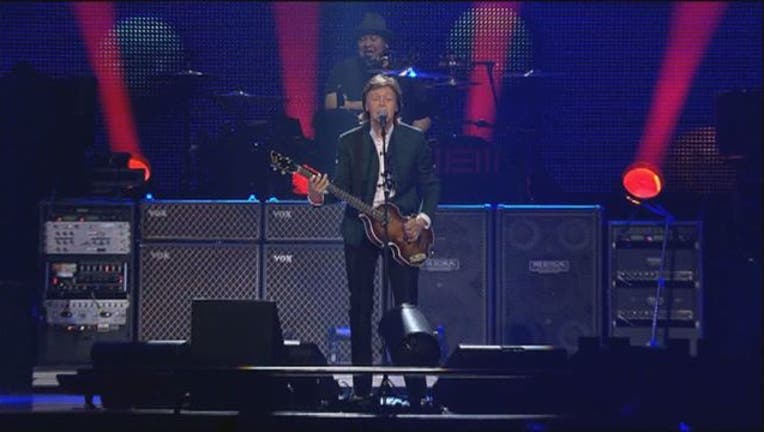 (WJBK) - Paul McCartney is returning to Detroit this fall with a concert at the new Little Caesars Arena. He'll be in town on Sunday, October 1 at 8 p.m.

McCartney was last in the Motor City when he played a sold-out show at the Joe Louis Arena in 2015.

This latest stop is part of McCartney's One On One Tour, which opened in April in California. The show, which opened with Paul's first performance of "A Hard Day's Night" since The Beatles last played it 1965, drew instant and unanimous raves.

As with every Paul McCartney tour, One On One features dozens of classics from the most beloved catalog in popular music, spanning Paul's entire career-as a solo artist, member of Wings and of course as a Beatle.

Michigan-native rocker Kid Rock is slated to play the first concert at the Little Caesars Arena. His shows are September 12, 13, 15 and 16, 2017.