Perry Johnson is now a former gubernatorial candidate after the Michigan millionaire announced today he will not pursue a write-in campaign after a signature snafu dq-ed him from the ballot.

FOX 2 - After more than a week of sifting the numbers, Oakland County millionaire Perry Johnson has decided to not launch a write-in campaign for governor.

Skubick: "In the end you decided you could not win a write-in?"

"Not realistically," he said.

Skubick: "You desperately wanted to run as a write in?"

"I did very much so," Johnson said.

Johnson said it would have taken another $15 to $18 million to run the commercials, do the town hall meetings, and to send out five mass mailings to even have a chance at it. And in the end, he had a 34 percent chance of winning.

Skubick: "You needed to get to a 50 percent chance of winning and you didn't come close?"

"No. It's very hard with the write-in because the state is so massive," Johnson said.

Compunding his problem, his spouse was a consistent 'no' on the matter.

"I never gave up on trying to sell my wife on running," he said. "She won this battle. Maybe I'll win the next one."

That next one might be going to Iowa next year and running for president.

Skubick: "So if you had a choice between being governor or president?"

"I think that's an easy answer," he said laughing. "Running for president is a great thing."

So now what?  Does Mr. Johnson endorse someone in the five-person field?  He said he is not sure.

But he is sure his $7 million investment in a failed effort was worth it.

"If you are asking would I do it again, I would do it again," he said. "The experience was something I can't explain. it was worth the $7 million."

Which is why some day he'll spend even more to win another political office. 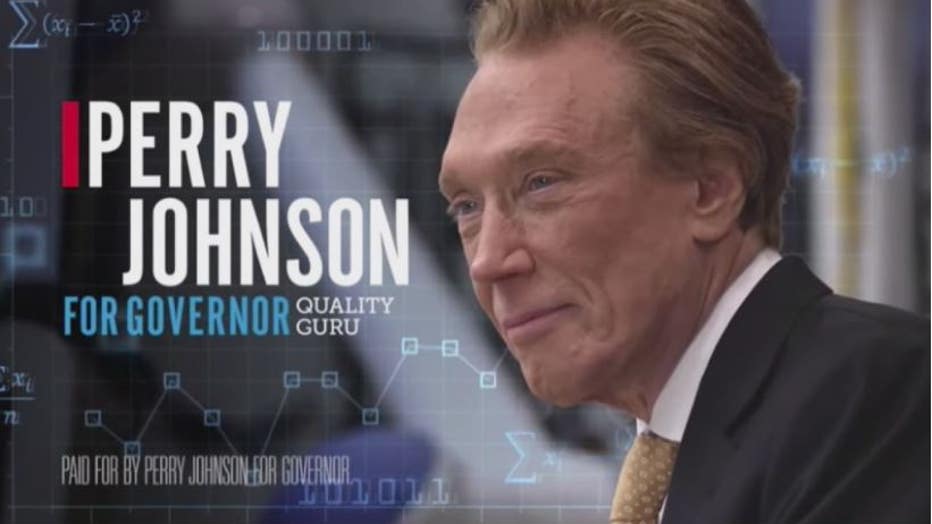