Michigan voters are one step closer to deciding whether to legalize abortion in the state and whether they want to install more election reforms.

FOX 2 - Michigan voters are one step closer to deciding whether to legalize abortion in the state and whether they want to install more election reforms.

So when the two most recent petition drives continued their name-gathering process they bent over backward to make sure their issues weren't booted because they did not have enough valid names.

For the voting reform petition to get on the ballot:

Opponents of each issue are expected to carefully inspect the signatures with hopes of stopping them from getting to the ballots.

"We know that when an issue is as important as reproductive freedom, we are going to face challenges along the way," said Loren Khogali ACLU Michigan.

The election reform ballot proposal would give you nine days to vote before Election Day.

It says it would provide secure drop boxes for your vote, provide safeguard of military votes from overseas, and create a statewide absentee vote tracking system.

"We don't expect any challenges," said Khalilah Spencer, president of Promote the Vote. "We did have a very careful procedure with our signature gathering and we made sure we went through each signature, those that were problematic, we have struck them. So we are very confident that what we turned in are valid signatures."

The Michigan Board of Canvassers will decide whether both groups got enough valid signatures clearing the way for you decide the two questions in November. 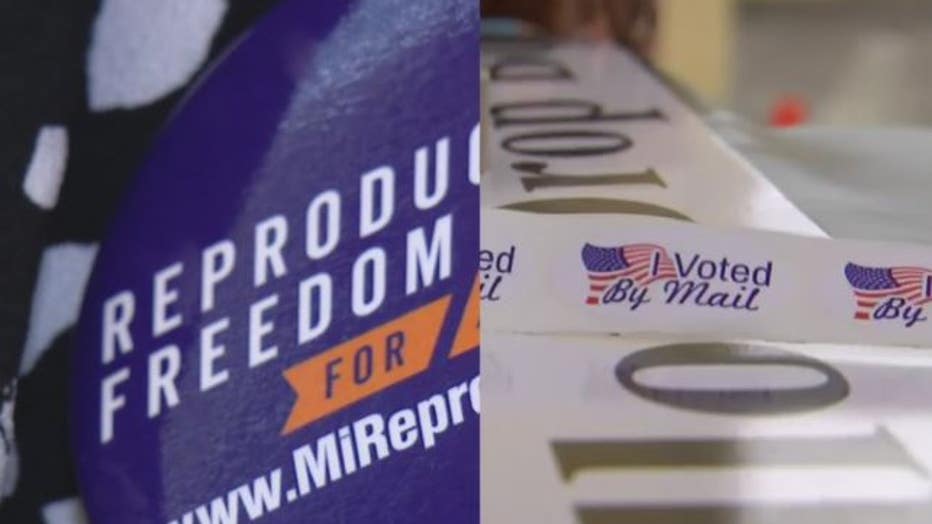