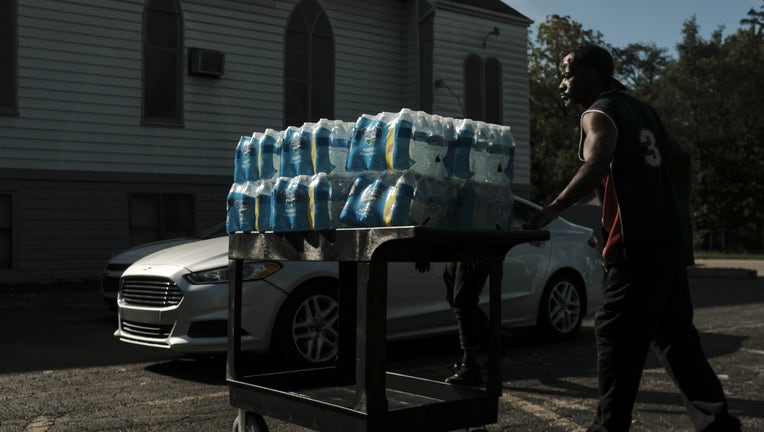 BENTON HARBOR, Mich. - A YMCA offered showers after a southwestern Michigan city, already struggling with lead in its water, lost most water due to a pipe rupture.

"No water is a 911. It's a major problem," Benton Harbor Mayor Marcus Muhammad said.

Schools were closed Thursday, a day after the break occurred.

"The 89-year-old water main burst and is taking longer than expected to address," Muhammad said on Twitter. "The contractors are still working on getting the water level down in order to repair the water main."

It's another blow for Benton Harbor, population 9,700, about 100 miles from Chicago. Residents have been urged to use free bottled water for drinking and cooking due to elevated levels of lead, though bathing and washing clothes with tap water is OK.

Benton Harbor, like many communities, gets water from Lake Michigan, but the system moves water to homes through old lead pipes. The state and city hope to have the lines replaced in less than two years.

Lead is considered harmful at any level, and children are particularly vulnerable because it can slow growth and result in behavioral problems.

Meanwhile, a House committee in Lansing was holding a hearing Thursday on Benton Harbor's lead and the state's response.