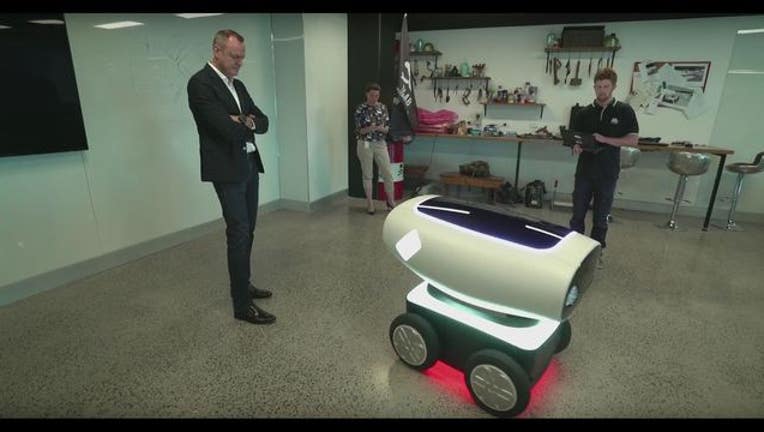 NEW ZEALAND (FOX 32 News) - Pizza delivery boys across the world could be out of a job soon. Domino's Pizza is testing out a battery-powered robot in New Zealand.

The restaurant staff programs an address into Dru, and the robot uses sensors to avoid obstacles along the route.

Up to ten pizzas can be stored in the bot's heated compartment, which can be unlocked with a code that customers are given when they order.