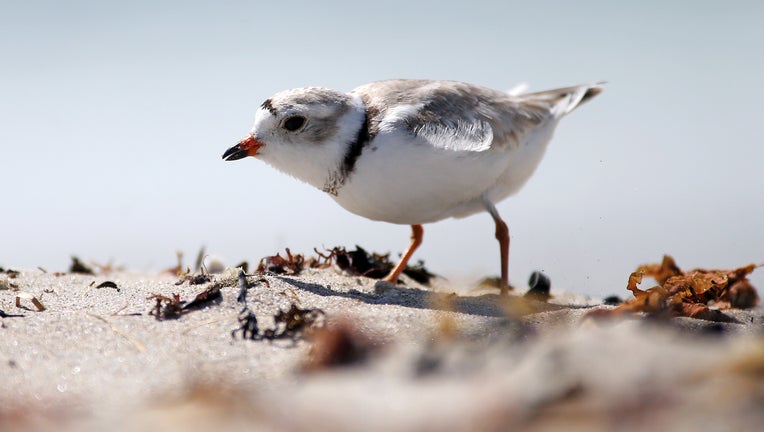 WELLS, ME - MAY 23: A piping plover forages on Wells Beach on Saturday. There are a record number of the endangered shorebirds nesting in Maine this year. Wells Beach has nine nests, with seven of those active. The Wells jetty path to the beach is cl

The first nest was declared to be a tie between two pairs who nested together, said the Great Lakes Piping Plover Recovery Effort.

As of Thursday, the organization is aware of 31 potential piping plover pairs in the Great Lakes.

Out of those 31 pairs, nine of them have at least one egg with more on the way. Seven nests are located in Michigan and two are in New York.

Piping plovers are considered to be federally endangered since 1986. Conservation efforts have been in place to hopefully increase their population.