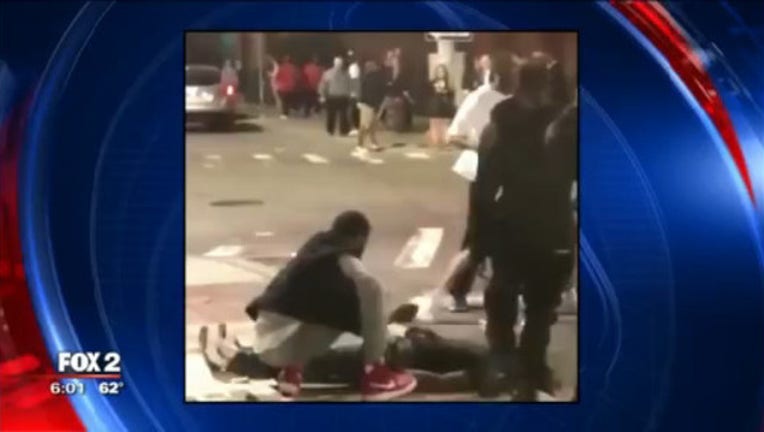 (WJBK) - A third suspect has been arrested in the Greektown attack Tuesday night.

A 21-year-old man was arrested in Warren on Tuesday night, according to Detroit police. He is the third of eight suspects to be arrested in connection to the attack which was videotaped and garnered millions of views.

The video was posted on Facebook of the attack in which three men were beaten in the street.

Detroit Police Chief James Craig said that all eight suspects are from Inkster and have been identified.

One of the victims, 23-year-old Brandon Putman, suffered a skull fracture and other serious injuries.

"Just turn yourself in, we know who you are," Craig said earlier on Tuesday.  "You don't get to come in Detroit and engage in that kind of behavior."

RELATED: Craig said that two of the "most violent" suspects were arrested first.