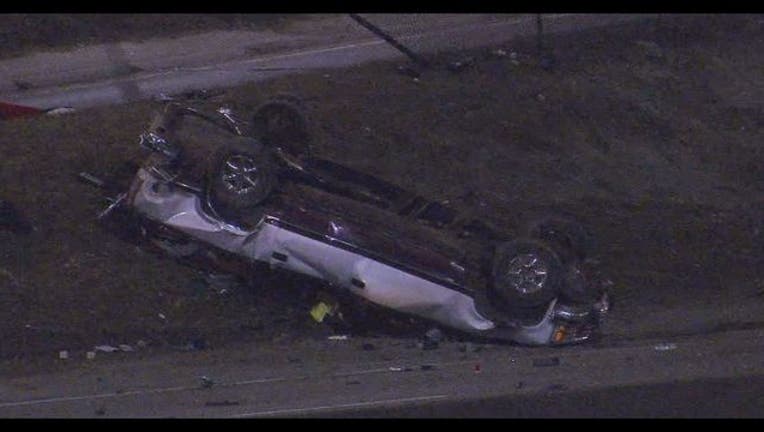 HAMTRAMCK, Mich. (WJBK) - Three people were taken to the hospital and a stolen gun was recovered after a serious crash in Hamtramck around 4 a.m. Friday.

Michigan State Police say an SUV was speeding on southbound I-75 near Holbrook when it lost control, swerving into the path of a semi-truck. The semi hit the vehicle, which rolled over and hit the embankment.

While three were hospitalized, officials say the driver and a passenger suffered minor injuries. The semi driver was not hurt in the incident.

Investigators discovered marijuana and a stolen gun in the SUV.