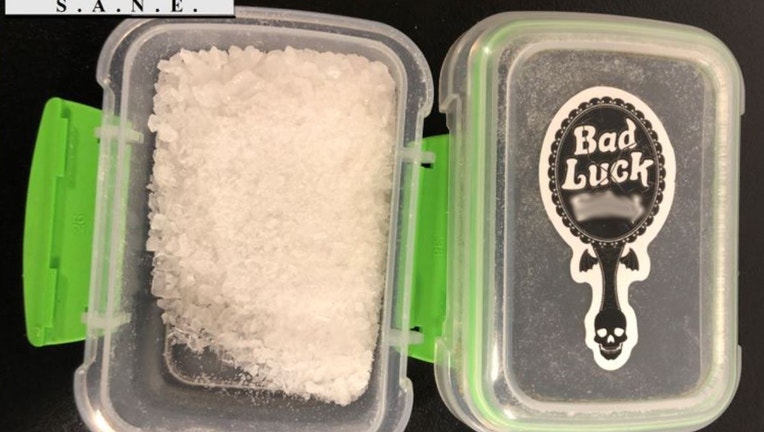 DETROIT (FOX 2) - A woman is facing charges after police allege that she drove to southern Michigan to get meth to distribute up north.

Kristena Lenea Herbert, 31, of Pellston, is charged with possession with intent to deliver methamphetamine.

According to police, Herbert was stopped by Straits Area Narcotics Enforcement officials south of Petosky on July 8 after they received a tip about her picking up meth and bringing it up north. When she was stopped, she was on her way back up with the meth, officials said.

Authorities said Herbert had more than an ounce of meth, digital scales, packaging, and other evidence.