WEST BLOOMFIELD, Mich. (FOX 2) - "We had four suicides in two years with three children and one of our staff members," said Keith Garrison.

Garrison is a health teacher at West Bloomfield High School - where these days there's far more emphasis being placed on mental health.

Mental health program for teens not just taught at school

After a spate of suicides a few years ago school leaders implemented a new program called Prepare U.

"We know the individuals and we know the families," he said. "It's the most heartbreaking funerals, I've ever been to."

After a spate of suicides a few years ago school leaders implemented a new program called Prepare U. It is a series of class lessons, videos, and group discussions covering everything from coping strategies to self-care and reducing the stigma that surrounds mental health.

It's a program that seems to be working.

"It helped me get to know my classmates better and even though a lot of kids were scared to share in the beginning, everyone came to the same mindset that it is not that big of a deal, everyone goes through certain things. Everyone has to share if they want to and there are other people probably going through the same situation," said Rachel Zubrzycki, 17.

"Some people have struggles at home and they don't know how to talk about it and I think Prepare U helps with that," said Jordyn Berke, 14. "I think it really helped me deal with the stress of school and family and all that stuff."

Jordyn and Rachel have both been through the 15 lesson program before. It's the brain child of West Bloomfield alumnus, Ryan Beale, now a psychotherapist and author, who knows the tragedy of suicide all too well.

"My brother was 37 when he took his life - however at 14 years of age he lost my uncle to what appeared to be a suicide," said Beale. "And that was when my brother really took a shift. And when we did research we realized that between 13 and 15 there is a 400 percent increase in mortality due to behavioral health issues."

"It's an intervention and it's a meaningful intervention," he said. "Especially when our kids are dying or they're using substances to sedate their feelings - we need an all hands on deck approach."

Prepare U is now being taught in seven states - but it's not just a subject for school. This program and the lessons learned are not just limited to the classroom - now families can access this program at home.

Prepare U Home Edition enables the entire family to work through the program - to engage with each other - offering resources.

"It's really designed to get the defenses down so families can have that conversation so it doesn't feel like dad or mom is pestering me again to get information," Beale said. "It's like we're learning together and every family member can learn from it."

Which is what it's all about for the educators helping to make mental health a top priority - hoping to save lives.

"I think it's the most important thing we're doing," Beale said. "I believe it's giving kids an opportunity to make connections that they never made before. 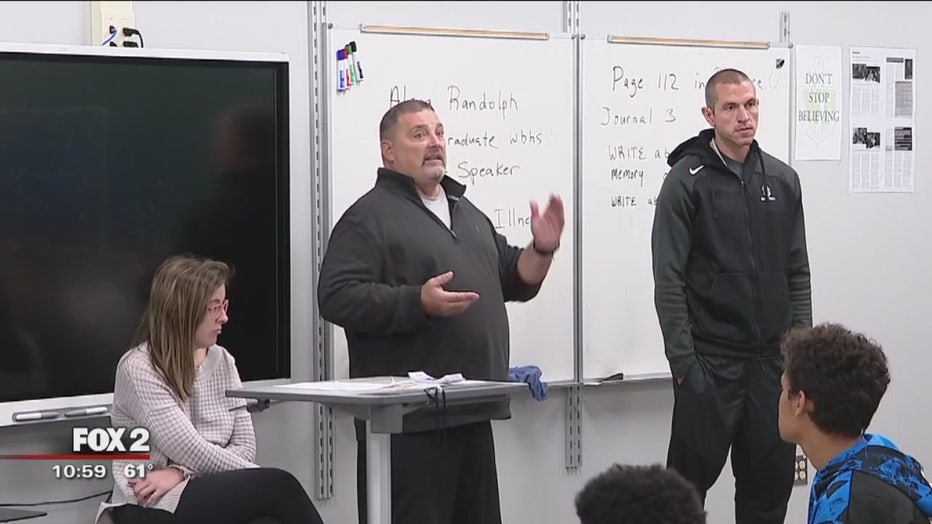