TULSA, Okla. (AP) — Supporters of President Donald Trump filled the streets Saturday around the Tulsa stadium where the president will hold his first rally in months, ready to welcome him back to the campaign trail despite warnings from health officials about the coronavirus and the possibility of conflicts with protesters. PRESS PLAY ABOVE TO WATCH THE RALLY LIVE.

The crowd filtered into the 19,000-seat BOK Center for what is expected to be the biggest indoor event the country has seen since restrictions to prevent the COVID-19 virus began in March. Trump had been expected to speak at an outdoor event within a perimeter of tall metal barriers around the BOK Center, but that appearance was abruptly canceled.

Many of the president’s supporters weren’t wearing masks, despite the recommendation of public health officials to keep the coronavirus from spreading. Some had been camped near the venue since early in the week. 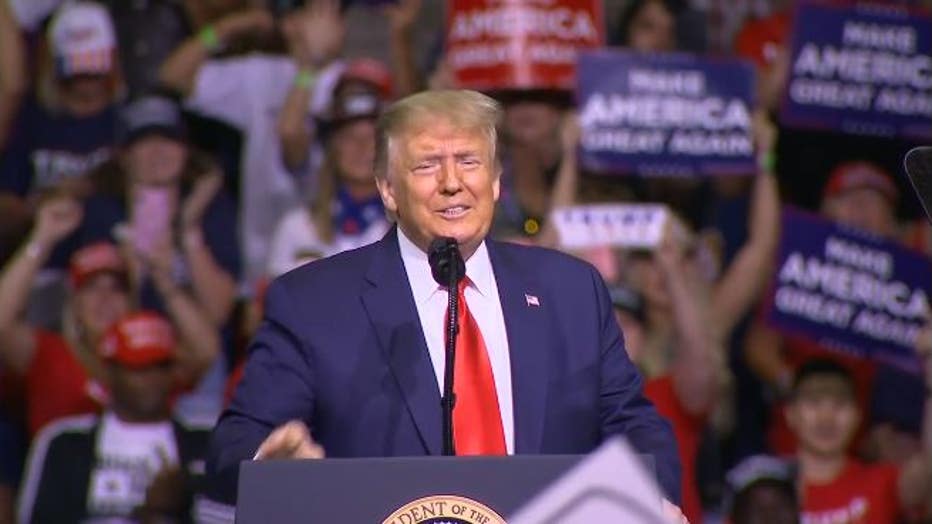 Thousands of people filled the downtown streets Saturday, including a large group of Black Lives Matter protesters who chanted and marched, occasionally getting into shouting matches with Trump supporters who chanted, “all lives matter.”

The protesters blocked traffic in at least one intersection. Some Black leaders in Tulsa have said they’re worried the visit could lead to violence. It’s happening amid protests over racial injustice and policing across the U.S. and in a city that has a long history of racial tension. Officials said they expected some 100,000 people in Tulsa’s downtown.

“I just thought it was important for people to see there are Oklahomans that have a different point of view,” Mullen said of his state, which overwhelmingly supported Trump in 2016.

Brian Bernard, 54, a retired information technology worker from Baton Rouge, Louisiana, sported a Trump 2020 hat as he took a break from riding his bicycle around downtown Tulsa. Next to him was a woman selling Trump T-shirts and hats, flying a “Keep America Great Again” flag. Her shirt said, “Impeach this,” with an image of Trump extending his middle fingers.

“Since the media won’t do it, it’s up to us to show our support,” said Bernard, who drove nine hours to Tulsa for his second Trump rally. “Before I went to a Trump rally in 2015, I was pretty much on the fence. That really hooked me. I really felt he was genuine.”

Bernard said he wasn’t concerned about catching the coronavirus at the event and doesn’t believe it’s “anything worse than the flu.” 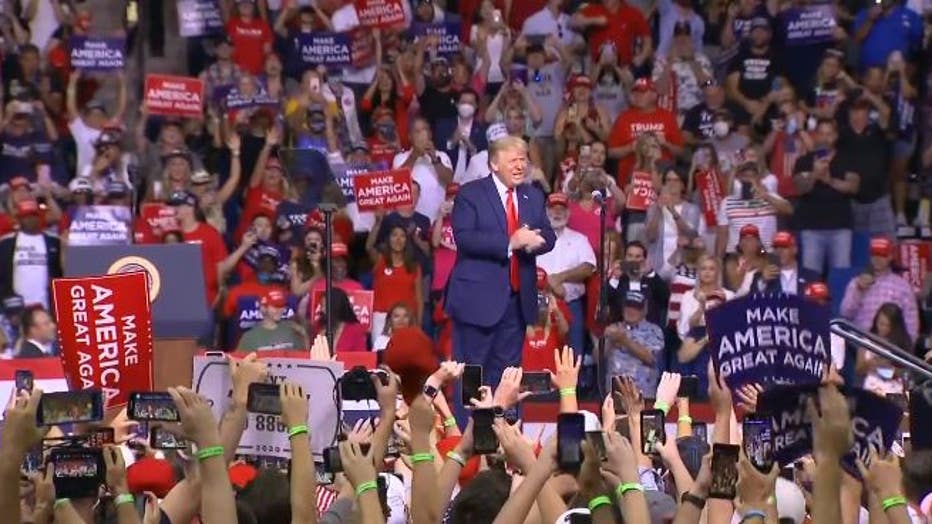 Across the street, armed, uniformed highway patrol troopers milled about a staging area in a bank parking lot with dozens of uniformed National Guard troops.

Tulsa has seen cases of COVID-19 spike in the past week, and the local health department director asked that the rally be postponed. But Republican Gov. Kevin Stitt said it would be safe. The Oklahoma Supreme Court on Friday denied a request that everyone attending the indoor rally wear a mask, and few in the crowd outside Saturday were wearing them.