DETROIT (FOX 2) - Protesters showed up outside DTE headquarters in Detroit on Wednesday to voice their discontent with the utility's long-term energy plan.

In the spirit of the season, dozens stood across from the building with heart-shaped signs arguing the company wasn't doing enough to combat climate change and other environmental stressors placed on the planet.

"We've seen this warm weather in Michigan. It's all part of the climate crisis," said Kim Hunter, an organizer with the protest.

The individuals upset with DTE are concerned its 15-year-plan, which outlines the direction the utility plans to take its energy goals in the longterm future, relies too much on fossil fuels like coal and oil, and not enough on renewable energy.

However, DTE is pushing back on that assumption, saying they are using next-generation renewable energy to help reduce emissions and create a cleaner energy future.

"We respect and are inspired by the passion and dedication of the millions of people involved in the global climate action movement," Marquia Mann, a senior communications strategist with DTE said in a release. "As a clean energy leader, we are a part of this movement and many of the individuals supportive of bold and effective climate solutions are our employees, customers, and family members."

"We are proud of our strong track record in taking actions to accelerate Michigan's transition to a clean energy economy and being one of the first U.S. energy companies to announce a goal of achieving net-zero carbon emissions by 2050," she added.

DTE pulls energy from a variety of fuel sources that extend beyond coal and gas to include natural gas, nuclear energy, and renewable sources like hydroelectric, wind, and solar.

The protesters think the burden is on the utility to do more.

"We do this to try and catch people's attention and to send a message to the public and the Michigan Public Service Commission (MPSC) how important this is," said Hunter. 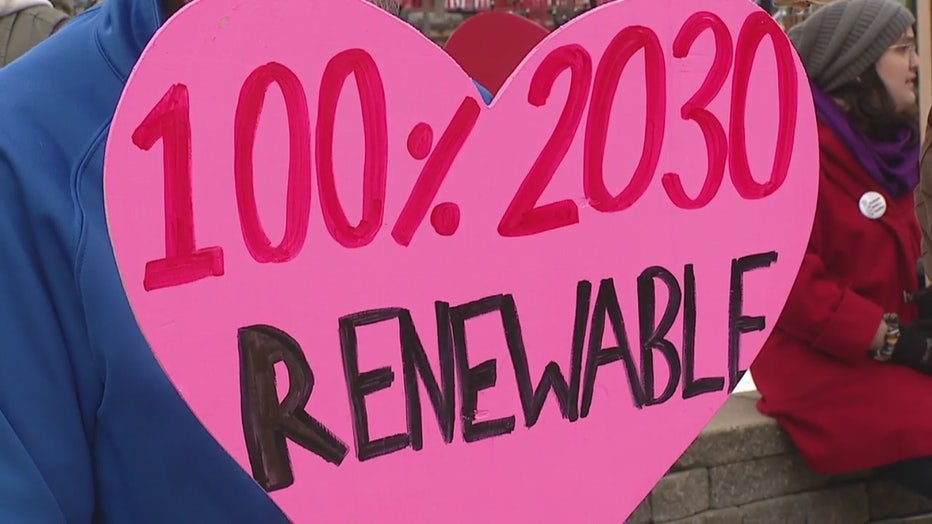 The MPSC is the regulatory agency that sets rate prices for all utilities in the state. After DTE submitted its 15-year plan, also known as the Integrated Resource Plan (IRP) last year, and relevant parties were allowed to give input, an administrative law judge ruled that DTE's new plan was flawed. Judge Sally Wallace concluded DTE's plan didn't meet the requirements for a concrete long-term plan.

Wallace's ruling is only an advisory one, however, and the final decision on DTE's IRP will be left up to the MPSC, which isn't obligated to act on the recommendations.